What is Section 245(i) adjustment and the LIFE Act?
5 Things to Know

If Congress updates this existing provision in immigration law, millions of undocumented immigrants—particularly those with immediate relatives who are U.S. citizens or permanent residents—could access legal immigration pathways to apply for a green card and keep their families together.

“If Congress were to advance this date, several million undocumented immigrants would likely be eligible to adjust their status under Section 245(i).”

§245(i) is a section of immigration law that provides certain undocumented immigrants an opportunity to adjust to lawful permanent resident status and receive a green card from within the United States. The name refers to the section (245) and subsection (i) of the Immigration and Nationality Act (INA), the foundation of current immigration law, which includes the provision.

To qualify for Section 245(i) adjustment, individuals must have had an immigrant visa petition or labor certification application1 filed on their behalf on or before April 30, 2001.

If Congress were to advance this date, several million undocumented immigrants would likely be eligible to adjust their status under Section 245(i), including individuals who could be sponsored by their U.S. citizen and permanent resident family members, as well as individuals who could be sponsored by employers, such as those individuals currently authorized to work through Deferred Action for Childhood Arrivals (DACA), Temporary Protected Status (TPS), or Deferred Enforced Departure (DED).

Congress created Section 245 as part of the initial INA in 1952 to provide certain individuals admitted to the U.S. as nonimmigrants (such as temporary workers or international students) an opportunity to adjust to permanent lawful status without having to first leave and reenter the country, so long as they are otherwise eligible to receive a green card and one is available. This allowed individuals who were already living in the U.S. to stay with their families and continue working while they completed the immigration adjustment process.

Initially, only individuals who were lawfully admitted or paroled into the U.S. and had maintained lawful status could adjust under Section 245. In 1994, Congress added section (i), extending eligibility to certain undocumented immigrants who were not lawfully admitted to the U.S., who were employed without authorization, or who were not in lawful status at the time of applying, so long as they had a valid petition filed on their behalf before the filing deadline.

Section 245(i) became particularly important after the Illegal Immigration Reform and Immigrant Responsibility Act (Pub. L. 104–208) was implemented in 1996. This act imposed severe penalties on individuals who were present without authorization in the U.S., including barring them from reentering the U.S. for many years after departing. These reentry bars created a significant barrier and disincentive for undocumented immigrants to leave and attempt to reenter in a lawful status. Adjustment under Section 245(i) protects individuals from having to go abroad to secure a green card, and thereby from triggering the bars that would keep them stuck abroad if they could not get a waiver. It also preserves a realistic pathway to correct unlawful status.

“The passage of the LIFE Act in 2000 advanced this filing deadline again to April 30, 2001, and expanded access to many other categories of immigrants previously excluded”

The initial 1994 law structured Section 245(i) as a temporary and time-limited process. Only individuals with an immigrant petition submitted and approved by October 1, 1997, were eligible to adjust under the law. Congress subsequently acted multiple times to temporarily extend the filing deadlines.

The passage of the LIFE Act in 2000 advanced this filing deadline again to April 30, 2001, and expanded access to many other categories of immigrants previously excluded, but added the requirement that the individual be physically present in the U.S. on December 21, 2000. Congress has not advanced the date since.

A full list of eligibility criteria for undocumented immigrants to adjust status under Section 245(i) is available from U.S. Citizenship and Immigration Services (USCIS).

Generally, undocumented immigrants may be eligible to receive a green card under Section 245(i) so long as an employment- or family-based immigrant petition was filed on their behalf on or before April 30, 2001, and so long as they are currently the beneficiary of an immigrant petition.2 Eligible applicants must be admissible to the U.S. (with exceptions, such as having to be inspected/admitted and having worked without authorization), or have their inadmissibility waived. Applicants must also be present in the U.S. when they file.3

Section 245(i) still requires USCIS or an immigration judge to determine that the individual warrants the favorable exercise of discretion, and requires applicants to pay a fee and wait for a green card to become available. They have to go through the full immigration process, including submitting biometric and biographic information, passing background and security checks, and paying application fees.

Like immigration registry, Section 245(i) provides a statutory basis for undocumented immigrants who have lived in the U.S. for a long time to resolve their immigration status and become lawful permanent residents, without first being required to leave the country, which would most likely trigger the reentry bars and prolong their ability to return to the U.S. and to their families and jobs. However, the law has not been updated in some time, meaning increasingly fewer people are able to access it.

Congress could advance the filing deadline for Section 245(i) adjustment, as they did with the LIFE Act, allowing individuals with more recently-filed petitions to adjust. Congress could prevent the need for future updates by eliminating the filing deadlines altogether, and to allow individuals with a qualifying petition to adjust status from within the country, so long as they pay the penalty and meet other admissibility requirements.4

Updating Section 245(i) would provide millions of undocumented immigrants an opportunity to access the legal immigration pathways for which they already qualify, ensuring that they can keep their families together and continue contributing to their communities and the economy, and ultimately pursue citizenship. This simple update to existing law would be a significant step forward in providing a solution for many undocumented immigrants living in the U.S. today. 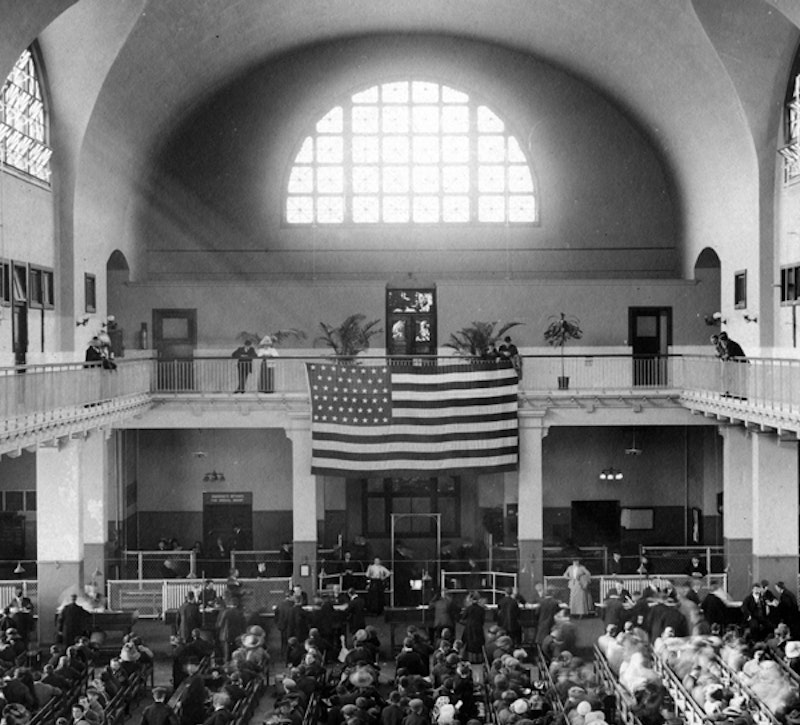 Immigration Registry: A potential pathway to citizenship for many immigrants