The Biden Administration has taken steps to extend Temporary Protected Status (TPS) protections for immigrants from countries devastated by natural disaster and war, after the previous Administration sought to revoke these protections. The House of Representatives has also passed the American Dream and Promise Act (H.R. 6) with strong bipartisan support, legislation that would establish a pathway to citizenship for individuals who have lived in the U.S. with TPS for a long time. TPS is a critical program that provides many immigrants an opportunity to remain in the U.S. and work while conditions in their home countries remain unsafe for return.

Here are five key things you need to know about TPS today:

1| Most TPS holders have been living, working, and following the rules in the US for nearly two decades

FWD.us analysis shows that many TPS holders have been in the United States for a very long time, having set down roots, pursuing careers, building families, and integrating into American communities and society; in fact, TPS holders from El Salvador and Honduras – nearly three-fourths of the current TPS population – have lived in the U.S. for an average of 24 years.

Most TPS holders have labor force participation rates over 80%, and annually contribute some $14 billion to national GDP. And while many live in states with very large immigrant populations like Florida, Texas, California, and New York seven other states – New Jersey, Georgia, Virginia, Maryland, North Carolina, Massachusetts, and Indiana – are each home to over 10,000 TPS holders.

Because TPS holders have established such deep roots, abruptly forcing them out of the workforce and country would impose harmful economic consequences on the U.S. as well. Researchers estimate that ending TPS for El Salvador, Honduras, and Haiti alone would result in a $45.2 billion reduction in GDP over a decade and cost employers nearly $1 billion in turnover costs. Subsequently deporting those previously protected would cost American taxpayers $3.1 billion.

Furthermore, ending TPS programs risks slashing significant remittances sent abroad that help countries remediate the very crisis providing the basis for TPS. Salvadorans alone are estimated to have sent over $5.02 billion home, about 18.3 percent of the country’s GDP; Haiti and Honduras share similar stories. This critical support can help families still living in these struggling regions and provide additional investment to improve conditions in the country. At the same time, remittances benefit the U.S. as well; as the American Immigration Council explains, “Remittances boost the consumption of U.S. exports, resulting in expansion of U.S. business and trade competitiveness.”

2| TPS holders are thriving in the US while their home countries are engulfed in war, devastation, hunger, and chaos

Congress established TPS as part of the Immigration Act of 1990 to provide temporary reprieve from deportation and work authorization to certain immigrants who are unable to return to their home countries because of war, natural disaster, and other extraordinary circumstances.

According to the Department of Homeland Security (DHS), there are approximately 319,000 TPS holders from 10 countries in the U.S. today. Two other countries (Burma and Venezuela) have recently been designated for TPS and have ongoing enrollment periods. Many individuals protected by TPS have fled some of the most devastating natural disasters and armed conflicts of our time. The U.S. has protected them from deadly civil wars and natural disasters like Hurricane Mitch and devastating earthquakes. All told, these crises and their aftermath have taken the lives of nearly 4 million people in these countries, and dangerous conditions remain.

TPS Beneficiaries by Country of Citizenship

a. The arrival date represents the date from which individuals are required to have continuously resided in the United States in order to qualify for TPS. Unless a country is re-designated for TPS, the required arrival date does not change.

c. Counts of individuals with TPS are the most recent estimates provided by USCIS or DHS. Most counts were provided to the Congressional Research Service. Countries with a pending termination and a new designation may have individuals registered under both designations; the Total count does not count these individuals twice. Data for countries with relatively newer designations may not yet be available and are marked "N/A."

d. While these designations have been formally terminated, a court injunction has prevented terminations from taking effect, and DHS has extended the validity of all TPS-related documents for beneficiaries of TPS for El Salvador, Haiti, Honduras, Nepal, Nicaragua, and Sudan through December 31, 2022.
e. The number of individuals who currently have TPS under the country's current or previous designation. Some individuals may also be registered under the new designation or extension; the total count includes the total number of individuals so row totals may not add up.

The Secretary of the Department of Homeland Security (DHS), in consultation with certain agencies like the State Department, designates the countries eligible for TPS for up to 18 months. The designations can be subsequently extended, re-designated, or terminated. Extensions only provide protection to those already with TPS, whereas re-designations establish a new registration window for individuals who arrived after the initial designation.

The DHS Secretary can designate a country for TPS if there has been:

TPS is a narrow set of temporary protections only available to a limited population, a far cry from any sort of sweeping “amnesty.” These protections are not granted automatically; the application process requires eligible individuals to apply, pay a fee, and undergo a background check.

Only people who have been continuously present in the United States since the date of designation (or re-designation) and who timely register with the government are eligible. Anyone who arrives after the date of designation cannot enroll, precluding any sort of incentive for further immigration. Furthermore, in order to avail oneself of a country’s temporary extension,current TPS holders must re-register with the government and again pay a significant filing fee for work authorization.

TPS holders cannot confer their TPS immigration status to family members abroad nor use their TPS as a basis for sponsorship, regardless of the crises they may face, and they cannot access most federal public benefits.

4| The Biden Administration is changing course on TPS

Since taking office, President Biden has charted a new course on TPS policy. While President Trump took steps to end TPS protections for hundreds of thousands of individuals, despite evidence that at least some country conditions remained unsafe for return. The previous Administration’s attempts to end these protections are still held up in court.

In contrast, the Biden Administration has already announced TPS designations for multiple new countries, including Afghanistan, Burma, Cameroon, Haiti, Ukraine, and Venezuela, providing protections to more than 115,000 people. The Administration also included a pathway to legal status and citizenship for many TPS holders in its proposed U.S. Citizenship Act (S. 348).

Advocates have pressed the Biden Administration to do even more, calling for consideration of TPS for countries like Mauritania.

5| Most TPS holders do not have a pathway to permanent legal status, but Congress could change that

While the protections are intended to be temporary, conditions in many TPS countries have not yet improved enough to allow these individuals to return home, and the TPS holders have to stay in the U.S. continually to maintain protections. If the designations are terminated, most will not have any pathway to legal status in the country they have come to call home, and will face having to return or being put into deportation proceedings, separated from their jobs, their homes, and their U.S. citizen children.

Congress must establish a legislative pathway for these long-standing residents to adjust to a permanent legal status and pursue citizenship. Such a pathway for TPS holders who have lived here for a long time would have been possible under the bipartisan comprehensive immigration reform bill passed by the Senate in 2013. More recently, the House of Representatives has also passed the American Dream and Promise Act (H.R. 6) with strong bipartisan support, and a pathway for TPS holders was included in the President’s proposed U.S. Citizenship Act (S. 348). Today, the stakes are even higher, and the need for Congress to act is more urgent than ever.

For more detailed background on Temporary Protected Status, check out these explainers from experts at the Congressional Research Service, the Migration Policy Institute, the American Immigration Council, or the National Immigration Forum. 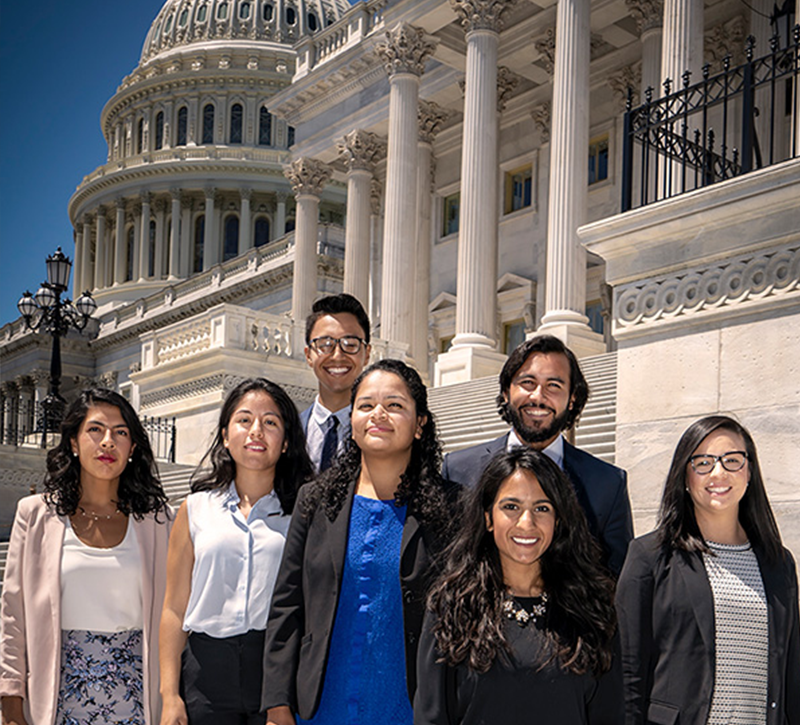