Three- and Ten-Year Bars:
5 Things You Should Know

For many undocumented immigrants living in the United States today, our broken immigration system makes securing lawful status impossible. While they may meet the requirements to adjust to a legal status (such as being able to pass a background check successfully, or pursuing sponsorship from a qualified U.S. citizen or legal permanent resident relative), they are often required to leave the country and re-enter on a valid visa in order to adjust. Unfortunately, extensive “bars” established by the Illegal Immigration Reform and Immigrant Responsibility Act of 1996 (IIRIRA) prevent many of those who have been in the country unlawfully from re-entering, even if an otherwise viable legal pathway exists.

This dilemma leads to people staying in the country unlawfully for decades, choosing to risk detection here rather than uprooting their lives and being separated from their families permanently. Congress should reform the bars to establish more sensible penalties for those in the country outside of legal status, and to allow millions of otherwise eligible immigrants to adjust to legal status.

“Congress should reform the bars to establish more sensible penalties for those in the country outside of legal status, and to allow millions of otherwise eligible immigrants to adjust to legal status”

With the passage of the Illegal Immigration Reform and Immigrant Responsibility Act of 1996 (IIRIRA), Congress established the “three- and ten-year bars,” which prevent certain individuals from returning to the U.S. for any purpose if they had voluntarily departed after having been unlawfully present in the U.S. for an extended period of time. This includes securing legal permanent residence, also known as a green card.

The three-year bar applies to those who have been in the United States without legal status for more than 180 consecutive days, while the ten-year bar applies to those who have been here for one year or longer. The original House version of IIRIRA did not have any penalties for unlawful presence under a year; this was added in conference with the Senate before passage. This applies in cases of visa overstay as well as unauthorized entry.

IIRIRA provides certain exceptions to the three- and ten-year bars, including for minors, asylum applicants, and certain battered women and children and victims of severe trafficking. There are also waivers for “extreme hardship”, but they are difficult to secure and heavily backlogged. Meanwhile, the current Administration is pursuing changes, including changing how “unlawful presence” is counted for international students, that would subject dramatically more people to the bars.

2) Bars were intended as punishment, but instead create an incentive to stay

While the intention of the three- and ten-year bars was to disincentivize immigrants from staying in the country without legal status, they have had the opposite effect: the number of undocumented immigrants in the country has increased from approximately 3.5 million in 1993, prior to passage of the law creating the bars, to an estimated 11.4 million in 2019, with estimates of up to 62 percent of recent undocumented immigrants having overstayed the period of time authorized by the government.

By punishing individuals for leaving the country once they’re here already, the unlawful presence bars create an incentive for undocumented immigrants to stay in the U.S. without status. If they leave and attempt to re-enter lawfully, the bars (compounded with decades-long backlogs in the legal system, particularly for individuals from Mexico) will prevent them from ever returning; if they stay, however, they can attempt to live in the shadows despite lacking legal status.

This dilemma forces a difficult choice, particularly for family members deciding between whether to stay in the U.S. illegally with their loved ones, or leaving them behind to go abroad and pursue the potentially impossible pathway to legal re-entry.

Millions of undocumented immigrants living in the country today are otherwise qualified to apply for legal status, such has having a family member or an employer who could sponsor them, but they cannot adjust because of the bars. Eliminating or reforming the bars would allow these individuals to “get in line” and make use of the existing legal immigration process almost immediately.

According to the Migration Policy Institute, eliminating just the ten-year bar would allow at least 1.6 million unauthorized immigrants living in the U.S. to adjust their status as the spouse or minor child of a lawful permanent resident or U.S. citizen. And that number doesn’t account for all who would be eligible through other family-based or employment-based immigration sponsorship avenues, or those impacted by the three-year bar. All told, estimates suggest upwards of half of the undocumented population could be eligible to adjust status if the bars were eliminated.

The U.S. would benefit enormously if these individuals were provided a pathway to adjust their status legally: for instance, the Institute for Taxation and Economic Policy estimates that legalizing the undocumented population would increase their state and local tax contributions by more than $2 billion each year.

4) Majority of undocumented immigrants have lived in the country for over a decade, with U.S. citizen family members, contributing greatly to the U.S.

By definition, the individuals subject to this policy are those who have been in the country for an extended period of time. In fact, DHS estimates that 80% of of undocumented immigrants have lived in the U.S. for more than a decade; they are most likely subject to the bars. Most experts agree that limited enforcement resources should be focused on new arrivals and serious threats to public safety and national security, while those who have set down roots and have been contributing to their communities should not be priorities for deportation.

This is especially true for the 4.1 million U.S. citizen children living with at least one undocumented parent; legalization would protect these vulnerable children from being separated from their parents at a time when they need them most.

Undocumented immigrants contribute substantially to their communities and the country, paying an estimated $9 billion in annual payroll taxes, plus $11.74 billion in state and local taxes each year, with significant contributions to Medicare and Social Security (which they may never be eligible to collect). They fuel economic growth by opening businesses and employing U.S. citizen workers; grow the American tax base through their spending on homes, vehicles and other goods; and contribute their talents to the American workforce, ultimately strengthening the middle class.

“Updating these overly punitive policies would be a crucial first-step towards broader, comprehensive immigration reform that establishes a fair legalization process for the undocumented population living in the U.S. today”

The three- and ten-year bar provisions of the Illegal Immigration Reform and Immigrant Responsibility Act of 1996, put into place over two decades ago, were intended to dissuade individuals from remaining in the U.S. outside of legal status. As we have seen, this punishment is not only not proportional with the offense, they just don’t work; a more reasonable alternative is needed.

FWD.us concurs with lawmakers, experts and advocates who support eliminating the bars altogether. We also recommend they consider alternatives, such as monetary penalties for shorter lengths of overstay, or a reduction in the duration of the bars to one and five years instead of three and ten years. As was done in the comprehensive bill that the Senate passed with bipartisan support in 2013, the grounds to qualify for a waiver could be expanded; the process made easier for applicants to explain periods of unlawful presence; and adjudicators could be given broader discretion to consider these factors and waive penalties.

Such changes would not be out of line with the way that other developed nations address unlawful presence. For example, Canada bars for one year, Australia for three, and both have a process for applicants to explain their circumstances and have the bars waived. Germany limits re-entry bars at five years, while the Netherlands varies lengths based on aggravating factors, with the standard length of the bar set at two years, with the possibility for extension (such as up to five years if the violator is also given a prison sentence or uses falsified documents, or up to 20 years for issues of public order and national security). Mexico requires visitors to pay a fee before departing.

Addressing the unlawful presence bars is an opportunity for real bipartisan reform. Updating these overly punitive policies would be a crucial first-step towards broader, comprehensive immigration reform that establishes a fair legalization process for the undocumented population living in the U.S. today, and to reduce future instances of immigrants becoming long-term undocumented individuals by allowing them to take advantage of legal avenues available to them. 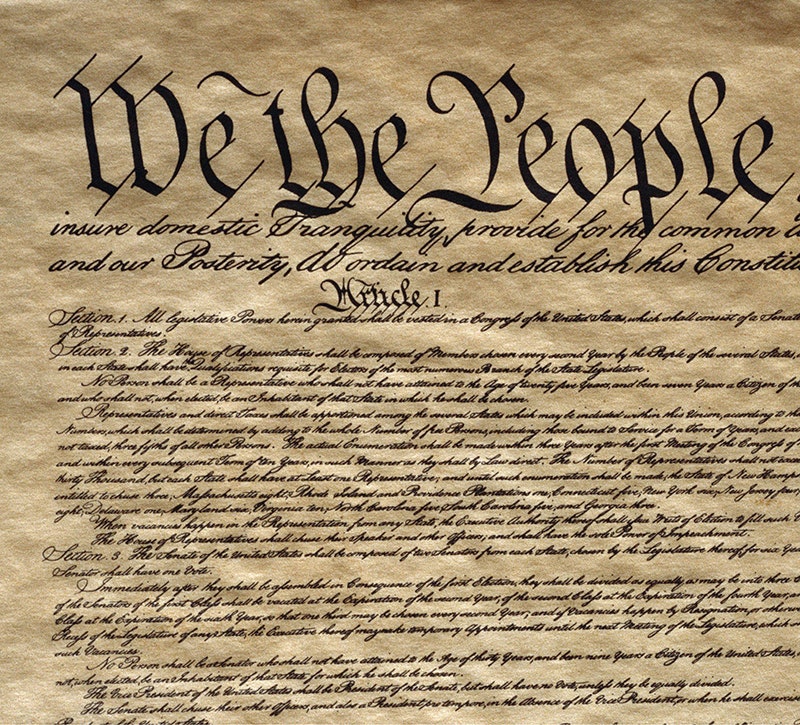 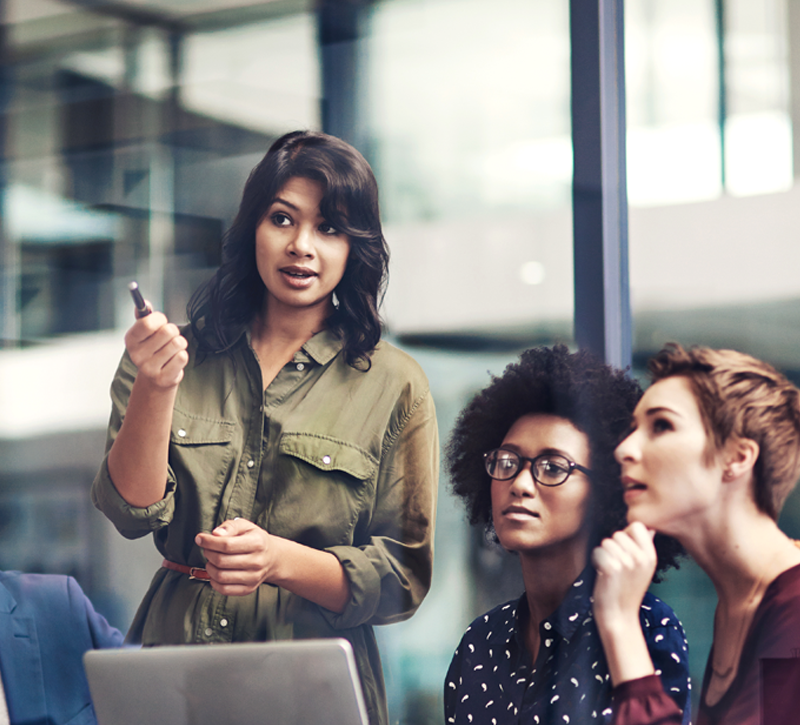 Barriers to recruiting and retaining global talent in the U.S. 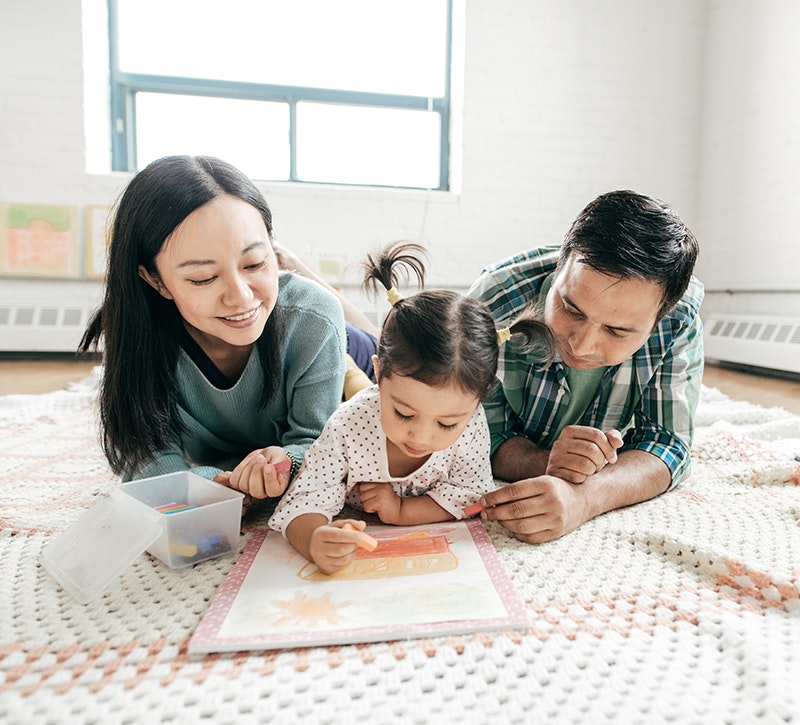 Green card backlog bill could pass the House this year, thanks to…