New analysis from FWD.us shows that the United States could retain more than 100,000 U.S.-educated international student graduates each year, helping to fill millions of vacant Congress should pass legislation to increase retention of international graduates by expanding legal immigration avenues.job openings in critical industries of the future, boosting the economy by more than $200 billion this decade, and significantly strengthening our global competitiveness.

While our analysis shows that the opportunity to stay in the country is a clear motivator for prospective international students, the dim prospects for their ability to stay in the U.S. after they graduate are increasingly motivating prospective students to consider studying elsewhere, restricting the talent pipeline and weakening the U.S. workforce.1

“Congress should establish a dedicated green card pathway on the basis of U.S. education that isn’t tied to sponsorship by an individual’s employer or family.”

International student graduates of U.S. colleges and universities should have a direct pathway to obtain permanent residency (a green card).

Congress should establish a dedicated green card pathway on the basis of U.S. education that is not dependent on sponsorship by an individual’s employer or family.2 This would allow graduates to remain in the U.S. after graduation, which is especially important for individuals with degrees in critical fields like STEM disciplines and healthcare.3

Congress could also establish a direct pathway by exempting certain international graduates from numerical limits on employment-based green cards, thereby expanding access to existing immigration avenues. The version of the America COMPETES Act (H.R. 4521) passed by the House earlier this year would have exempted STEM PhD holders from those numerical limits, ensuring that graduates are able to begin work immediately after graduating and are not stuck in backlogs. This language was ultimately dropped before the bill reached the President’s desk, but can and should be resurrected by leaders in Congress to ensure the full success of these heavy investments in our national competitiveness and security.

In addition to a direct pathway to permanent status, Congress should also establish a true temporary post-graduate work visa for international student graduates.4

As our analysis shows, not all international graduates will want to stay in the U.S. permanently; a temporary work visa would allow them to contribute their skills after they graduate, and could provide a bridge to permanent status should they change their minds and seek to stay using existing immigration pathways. A dedicated post-graduate visa could also relieve pressure on the heavily oversubscribed H-1B visa program.

Were Congress to establish a postgraduate work visa, it must not replace Optional Practical Training (OPT), which is directly tied to a student’s course of study and is a valuable part of their education experience. Congress should instead pass legislation to authorize the OPT program formally, and the Biden Administration should do whatever is possible to strengthen it in the meantime.5

“With these protections in place, and persistent job shortages in these key industries, there is no reason to limit artificially the number of graduates who are able to remain and work in the U.S.”

Until Congress establishes a post-graduate work visa, it should ensure that international student graduates who have earned advanced degrees from U.S. colleges and universities have full access to the H-1B visa program by exempting them from annual numerical caps.

Congress has mandated that 20,000 H-1B visas be set aside for workers with advanced degrees from U.S. colleges or universities; however, the number of applicants who qualify for this exemption has surpassed 90,000 in recent years, greater than the entire annual 85,000 H-1B visa cap. The cap restrictions guarantee that significant numbers of international graduates will be denied a chance even to apply for a visa. Exempting advanced degree holders from these caps would help ensure that all graduates can access the program.

The H-1B visa already has strict qualifications; workers being sponsored need a bona fide job offer in hand, and the sponsoring employer pays significant fees and must secure approval from the Department of Labor for the offered wage and working conditions. With these protections in place, and persistent job shortages in these key industries, there is no reason to limit artificially the number of graduates who are able to remain and work in the U.S.

“It’s silly to pretend that students don’t want to stay, or that we don’t want and need them to.”

Congress should pass legislation designating student visas (e.g. F-1) as “dual-intent,” similar to H-1B visas, allowing students to enter on a student visa even if they plan on remaining in the country after graduation.

Current immigration law prohibits international students from being granted a visa if they believe they demonstrate “immigration intent,” meaning that immigration officers are supposed to deny a prospective student their visa if they believe the student is intending to remain in the country after their visa expires upon the completion of their studies. Theoretically, this ensures that students are only being admitted for the purpose of their visa, which is to study; however, this policy directly undermines the goal of retaining these students after graduation. It’s silly to pretend that students don’t want to stay, or that we don’t want and need them to.

Even with dual intent, graduates would still have to qualify for an immigration avenue to stay and work after finishing their studies; this policy change would simply acknowledge the reality that an incoming international student might reasonably want to stay longer than the time of their study, and would facilitate their transition to other immigration categories.

"Many international graduates go on to start their own companies in the United States.“

A startup visa would give aspiring entrepreneurs a clear pathway to remain in the U.S. so that they can start their companies, contribute to the economy, and drive innovation and create jobs for Americans. This is particularly important in regions of the country struggling with economic and demographic growth. Congress could include requirements for entrepreneurs to demonstrate the growth and job creation potential of their venture.

In the meantime, the Biden Administration should expand the existing DHS Entrepreneur Parole Program by methods like, for example, allowing more than three entrepreneurs per start-up entity, and allowing individuals to work for more than just their own start-up business.6

Many international graduates go on to start their own companies in the United States. In fact, analysis from the National Foundation for American Policy shows that a quarter of billion-dollar startups were founded by international graduates of U.S. colleges and universities. Unfortunately, the lack of a dedicated immigration pathway for entrepreneurs7 makes this a difficult process with many barriers, holding back our economic growth and preventing the creation of new jobs.

"While new immigration programs would help prospective students see a future in our country, the existing system is overwhelmingly burdened by delays and outdated policy.”

Modernizing the immigration system for the future

The recent declines in international student enrollments and prospective students’ increasing skepticism about the U.S. has been driven in part by the failings of our current immigration system as it exists today. While new immigration programs would help prospective students see a future in our country, the existing system is overwhelmingly burdened by delays and outdated policy.

Simple reforms, like eliminating discriminatory per-country caps, recapturing wasted visas, ensuring that children and dependents are not harmed by delays in processing and backlogs, and allowing spouses of workers to work and help support their families would reduce these burdens and expand opportunities for new immigrants. These reforms have historically received strong bipartisan support, and would maximize the benefits of expanded immigration for all Americans. 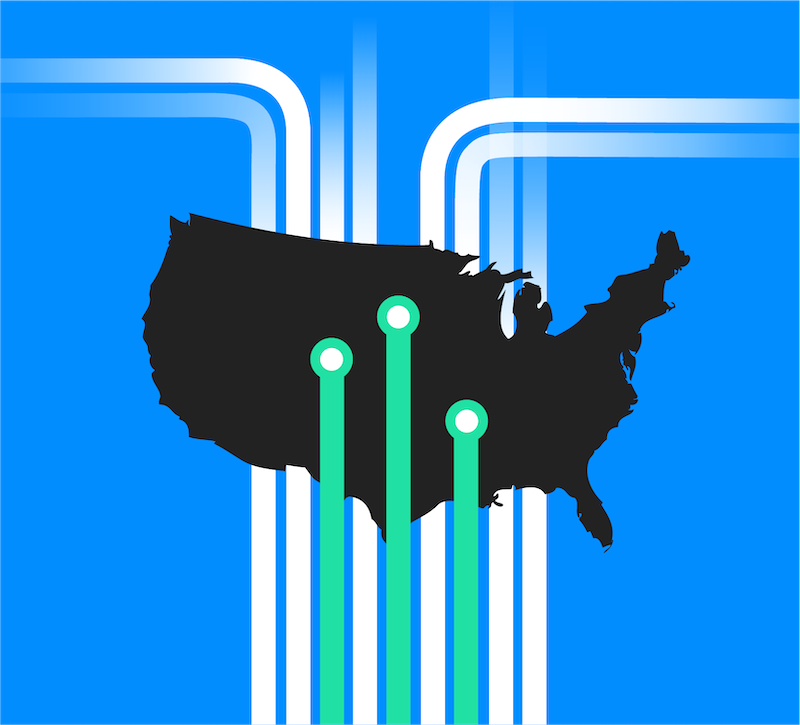 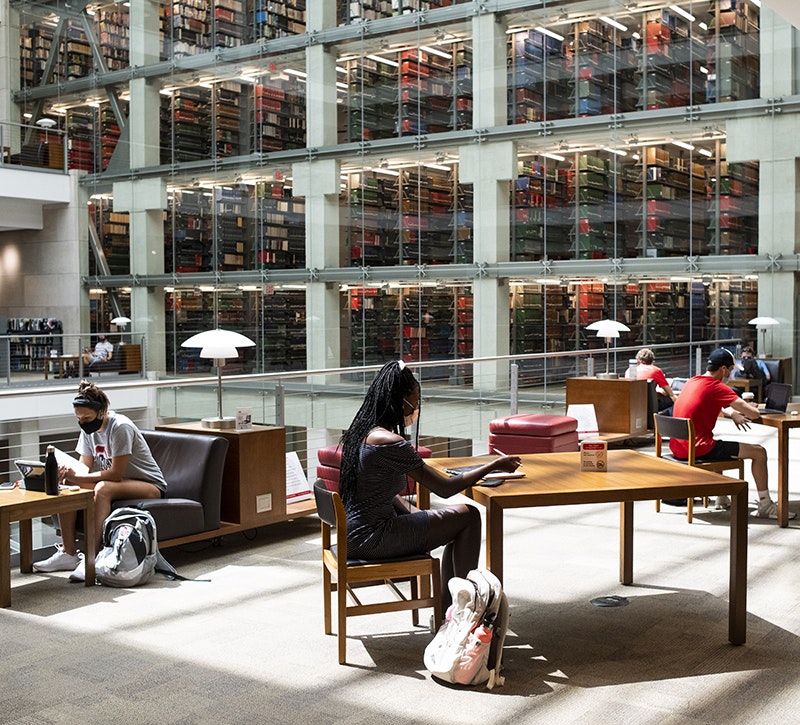 International Students & Graduates in the U.S.