International Students and Graduates in the United States: 5 Things to Know

For over a century, the United States has led the world in higher education, and today, more than one million international students are enrolled at U.S. colleges and universities. The strength of our higher education system has long been one of America’s greatest competitive advantages, attracting talented individuals from around the globe and benefiting everyone in our country. But that advantage is imperiled now, as our broken immigration system is turning talented international students and graduates away, hurting the U.S. economy and our communities while benefiting countries we compete with economically. Congress must act to protect America’s leadership as the top destination for talented individuals across the globe.

1| More than 1 million international students study at colleges and universities across the U.S.

For decades, the United States has been the most popular destination for international students across the globe – unfortunately, that appeal has waned in recent years.1

During the 2019-2020 school year, approximately 1,075,496 foreign-born students were enrolled at U.S. colleges and universities, representing 4.6% of the total U.S. student population. Students come to the U.S. from roughly 200 different countries, though more than half are from China and India.

International students are generally admitted on student visas like the F visa (for the majority of college, university, high school, and elementary students) and M visa (for those attending vocational programs). These are “nonimmigrant” visas, meaning they do not allow a direct path to permanent residency, which creates significant obstacles for graduates who wish to stay in the U.S. after they graduate.

International students contributed a combined
$39 billion to the economy and supported more than 400,000 jobs

2| International students and graduates grow the economy and boost jobs

And when international graduates stay in the U.S. long-term and work, they create jobs and raise wages for U.S.-born workers. 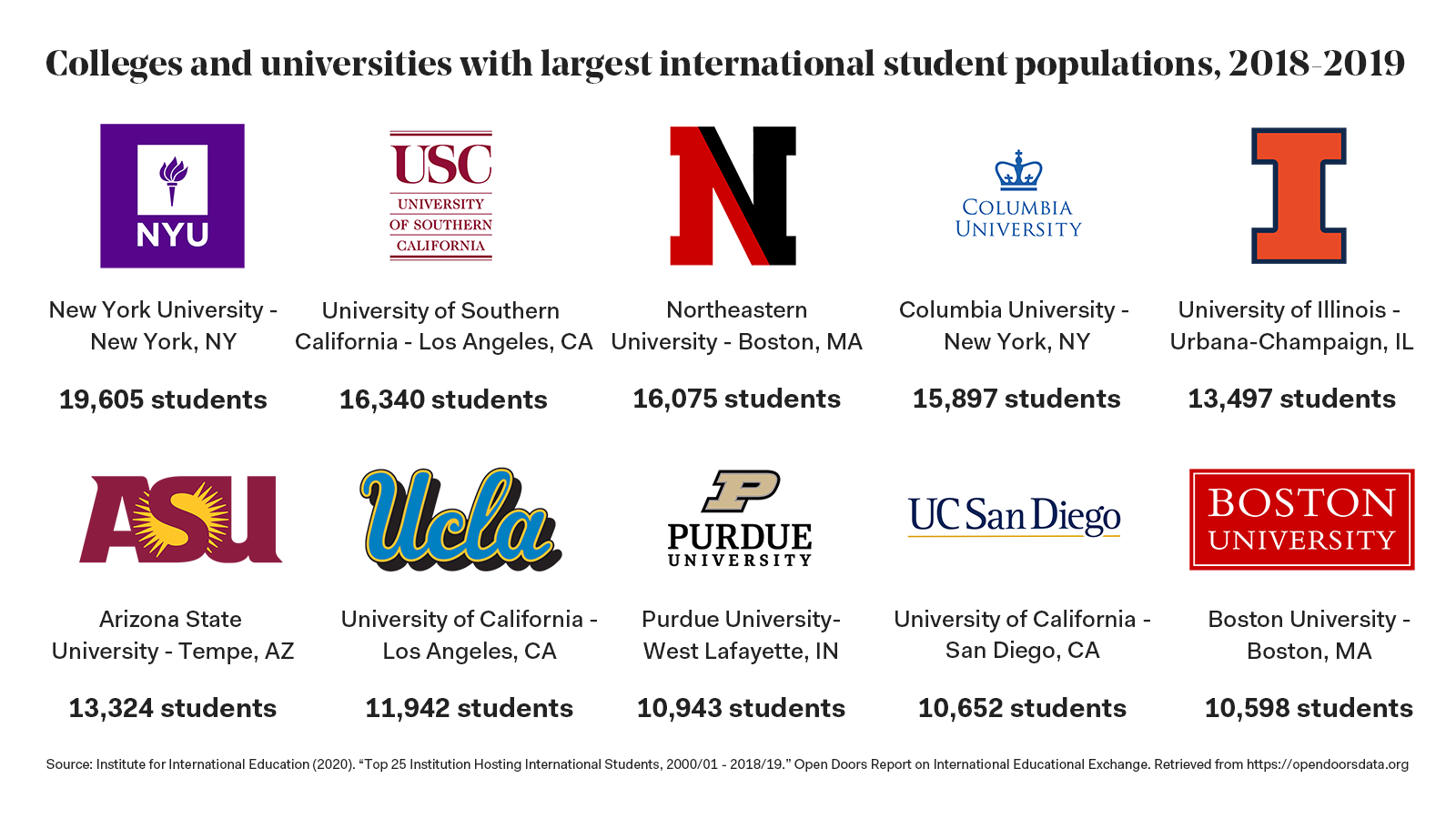 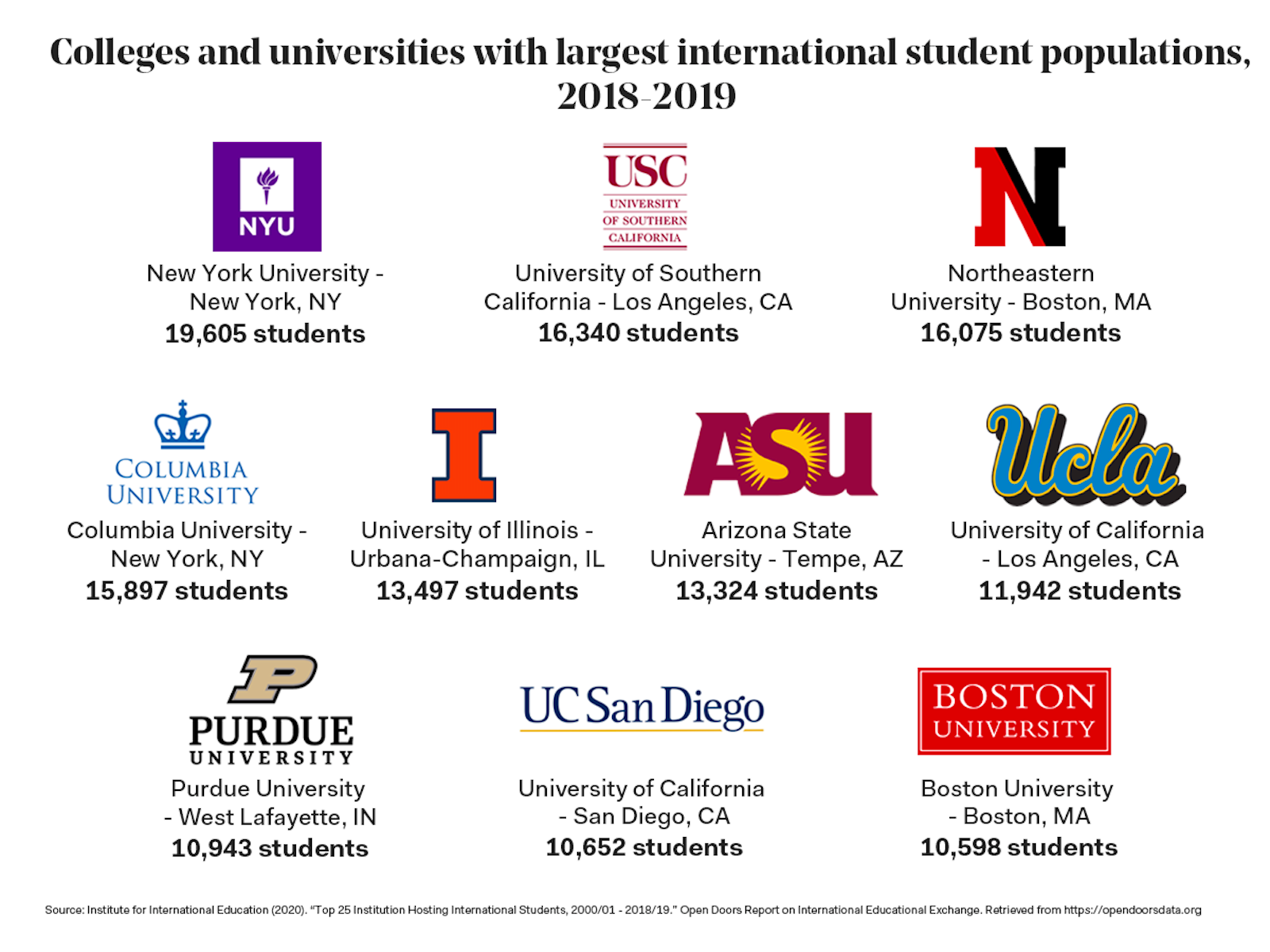 International students and graduates help America compete on the world stage as well. In order to face growing threats from countries like China, the U.S. must lead in the “industries of the future” like artificial intelligence, 5G, biotechnology, and quantum computing. These are fast-growing fields where demand for knowledgeable workers with specialized science, technology, engineering, and math (STEM) skills remains consistently high, especially throughout the coronavirus pandemic.

The U.S. does not have a post-graduate work visa, and does not offer a specialized pathway to permanent residency for graduates of U.S. schools,
so options to remain and work in the country are limited.

4| Options for international graduates to stay and work in the U.S. are very limited

Despite all this potential, international graduates continue to face significant barriers to contributing their talents here in the U.S. The United States does not have a post-graduate work visa, and does not offer a specialized pathway to permanent residency for graduates of U.S. schools, so options to remain and work in the country are limited.

Optional Practical Training (OPT) allows graduates to gain hands-on, in-country work experience with U.S. employers in their fields of study. More than 300,000 graduates are enrolled in this valuable program; however, OPT is an imperfect bridge to full employment, as the time limitations and lack of pathway to a permanent status create uncertainty for employers and workers alike.

In order to stay in the U.S. after graduating or completing OPT, international graduates have to qualify for an existing immigration pathway (such as family sponsorship or a humanitarian claim), or find an employer who can sponsor them for a visa. Even then, decades-long backlogs make immediate sponsorship for a green card virtually impossible for most, and the annual cap of H-1B visas is well below the amount needed for all international graduates with job offers.

In 2015, a decade-long trend of increasing enrollments came to a halt, and the number of new enrollments has fallen each year for the past five years. This decline has been accelerated by the COVID-19 pandemic3 and the accompanying restrictions imposed by the Trump Administration.4

Countries that the U.S. competes with economically are capitalizing on the difficulties facing international students in the U.S. by increasing their recruiting efforts and expanding opportunities for international graduates in hopes of attracting them to their own countries. For example, Canada’s international student population has tripled over the last decade, thanks in part to policies like streamlined pathways to permanent residency that reward in-country education and work experience. `

Read More: Barriers to recruiting and retaining global talent in the U.S.

The United States has long benefited from being the top destination for international students; unfortunately, our broken and outdated immigration policies, along with fierce competition from other countries, have put our global economic leadership at risk just when the U.S. needs it most.

If you are an international student who wants to get involved in advocating for immigration reform on your campus, check out the FWD.us University Program. 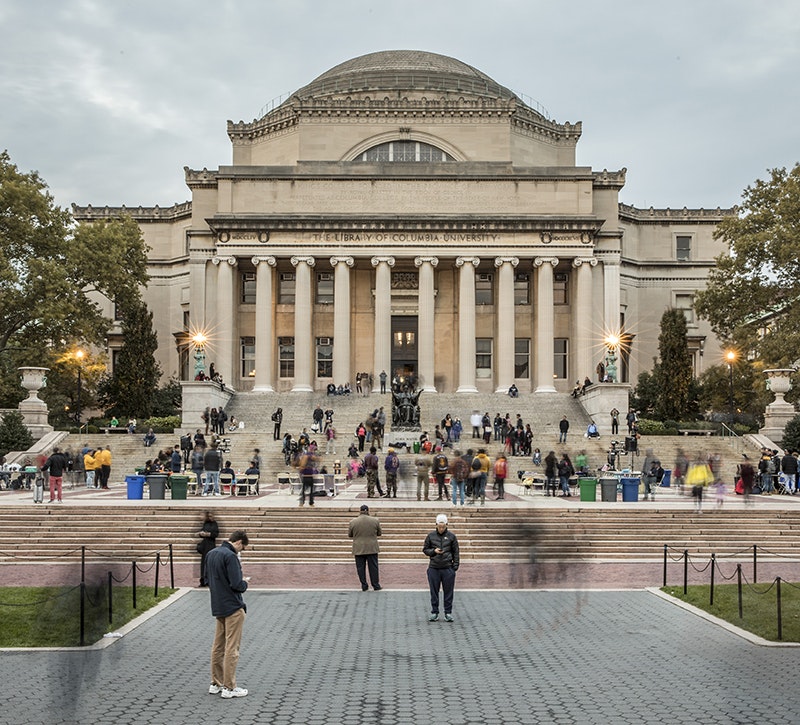 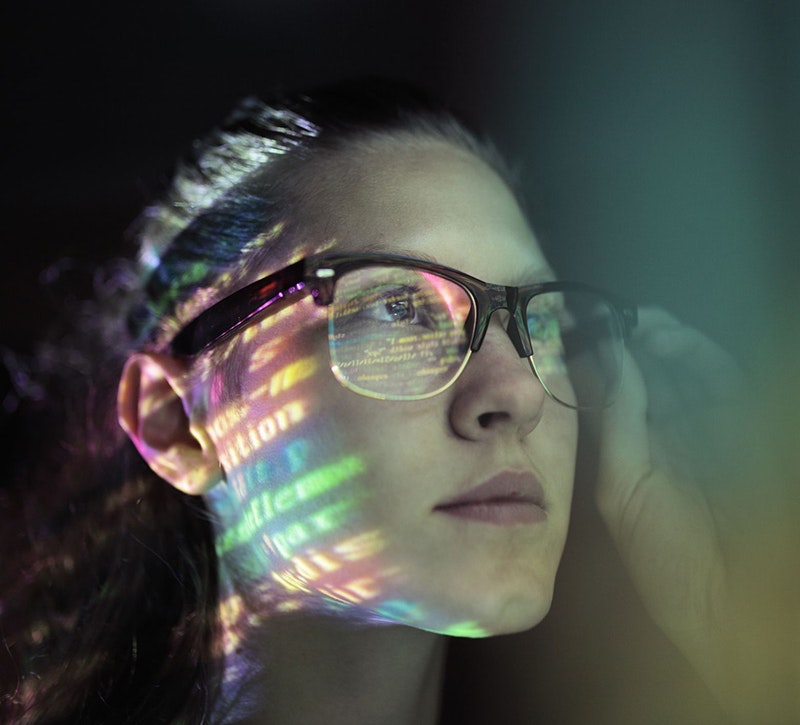