UPDATE: This post has been archived as it appeared on the date of its last update, 4/30/2020. Please be aware that the information below, including policies and practices described, may now be outdated. In particular, the Immigrant and Nonimmigrant Visa Bans were rescinded or left to expire by the Biden Administration, and are no longer in effect. We have preserved this content in its original form for posterity, to reflect the policies and our perspective at that time.

“Immigrants of all backgrounds are working to combat the COVID-19 crisis, including foreign-born physicians and DACA recipients serving in essential frontline worker roles.”

In late April the President tweeted that he would “be signing an Executive Order to temporarily suspend immigration into the United States.” The proclamation that followed invokes section 212(f) of the Immigration and Nationality Act to impose a 60-day ban on the arrival of new immigrants through most family-based, employment-based, and diversity-based legal immigration channels.

While the initial order is temporary, the policy’s architects have stated it is part of a larger, long-term strategy to severely restrict legal immigration. Economic evidence suggests these measures would actually inflict further damage on the economy and hinder America’s coronavirus recovery.

The order wrongfully claims that immigration will hurt an economic recovery, despite all of the evidence to the contrary. Every serious economist agrees that immigrants and immigration are overwhelmingly positive for the U.S., driving job creation, economic growth, and boosting wages. In this moment, immigrants of all backgrounds are working to combat the COVID-19 crisis, including foreign-born physicians and DACA recipients serving in essential frontline worker roles as healthcare providers, food and grocery supply chain workers, and in vital sanitation jobs. All of this is occurring even while millions of tax paying immigrants and their families are barred from accessing recovery funds and coronavirus-related emergency relief.

Not surprisingly, the order doesn’t bother to present an economic argument. While the earlier “travel bans” made even a flimsy attempt to justify their existence, this order includes no citations, analysis, or discussion of economic concerns. It simply asserts that “we must be mindful of the impact of foreign workers on the United States labor market, particularly in an environment of high domestic unemployment and depressed demand for labor,” with no explanation of what that impact actually is – which, again, economic authorities overwhelmingly agree is a net positive for the U.S. economy.

“Increased immigration can actually boost employment in the long-term, while also expanding the economy and increasing productivity, with little to no impact on employment for native-born Americans in the short term, even in a recession.”

In fact, research shows that restricting legal immigration will slow economic growth and cost jobs. The United States has experienced this before, with the dramatic racial quotas of the 1920s that pushed native-born workers into lower-wage jobs and slowed innovation and invention. On the other hand, increased immigration can actually boost employment in the long-term, while also expanding the economy and increasing productivity, with little to no impact on employment for native-born Americans in the short term, even in a recession (see also here, here, here, and here, just to start).

That’s because our economy is not zero-sum: one person getting a job doesn’t mean another person loses a job. In fact, when the population grows, demand for goods and services increases, creating more demand for labor; when more people work, productivity increases, allowing companies to expand, further expanding demand for labor. And immigrants generally complement American workers by offering different education levels and skill sets, steering them to work in jobs that Americans will not.

Moreover, many of the incoming immigrants who will be impacted by this order have already completed labor certifications establishing that they will not displace native-born American workers, while many immigrants who would arrive on family-based visas (especially parents of U.S. citizens, the second largest class banned by the order), are more likely to be older. If they are retired or fully out of the labor force, they won’t add to the pool of potential workers, and they would increase demand for goods and services by frequenting local restaurants, stores, and contributing to local sales tax revenue.

Immigration Impact By the Numbers

Policy experts project this order would bar about 56,000 individuals from getting green cards over the order’s first 60 days, if regular government services were in effect.

If the immigration ban were extended for a year, it would shrink the arrival of new immigrants arriving through legal immigration channels by 60%.

“Elected leaders in Congress must take action to ensure immigrants can continue to make critical contributions to the economy, particularly in this moment of national crisis.”

The fact is that Congress has already grappled with the question of immigration’s impact on the employment of native-born U.S. workers. While the Proclamation claims “There is no way … to direct those new residents to particular economic sectors with a demonstrated need not met by the existing labor supply,” that is precisely why Congress established the labor certification process in the first place. Congress deliberately did not impose a labor certification for all immigrants entering the U.S. Though President Trump may not like the limits that Congress has imposed, he cannot simply dismiss them.

It’s particularly difficult to see, without any explanation, how the relatively limited scope of the order could have a meaningful impact on employment levels. Policy experts project this order would bar about 56,000 individuals from getting green cards over the order’s first 60 days; if extended for a whole year, it could bar upwards of 315,000 people, a mere .002% of the nearly 163 million Americans who make up the current civilian labor force.

By contrast, if the measure were extended for a year, it would shrink the arrival of new immigrants arriving through legal immigration channels by 60%. And senior leaders in the Administration are already signaling plans to extend and expand the restrictions imposed in the order. That is a lot of pain for American families and employers hoping to sponsor immigrants, for no discernible gain.

These long-term effects mirror the policy objectives of the Administration’s previous failed proposals to severely limit legal immigration, like the RAISE Act. Those bills paired cuts with a proposed (though heavily flawed) “merit-based” scheme; but when the White House tried to push massive cuts through Congress, the Republican-controlled Senate rejected them.

Elected leaders in Congress must take action to ensure immigrants can continue to make critical contributions to the economy, particularly in this moment of national crisis. This includes ensuring the President’s ban is not extended, ensuring immigrants currently in the U.S. can continue working and maintaining status as government offices remain closed, and taking up meaningful legislation to modernize the legal immigration system. 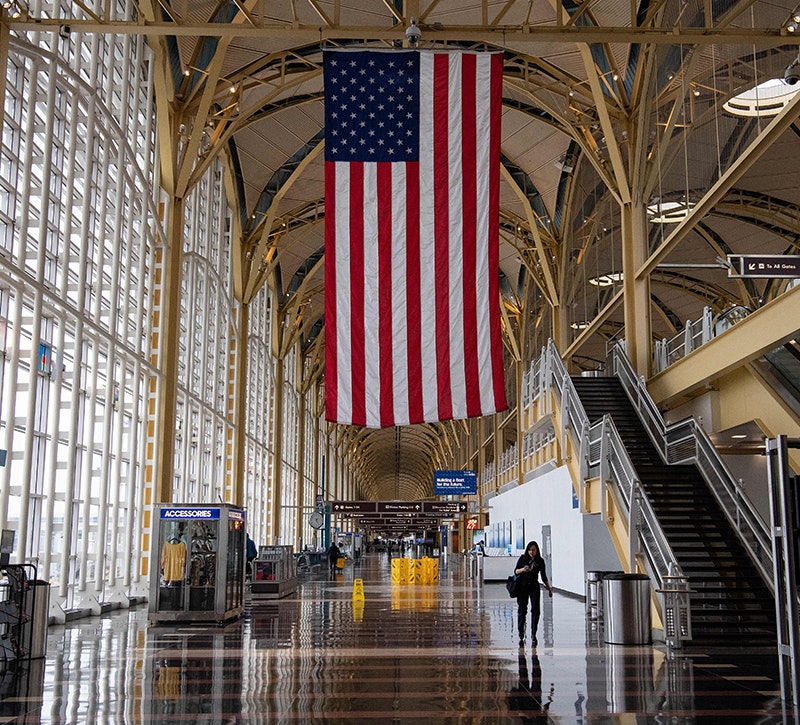