“Never stop growing, and don’t be afraid of change,” says Benito, looking out at the classroom full of students. He is giving a talk at Greenfield High School as part of GEAR UP, a national program designed to increase the number of low-income students pursuing college education. Benito, 23, can relate to the students. He is an alumni of Greenfield High himself, and grew up in the Salinas Valley, California. Benito is also a recipient of Deferred Action for Childhood Arrivals, or DACA, which grants him protection from deportation and the freedom to work and go to school in the U.S. With DACA, Benito was able to go to college, where he studied computer engineering. He now works as a software engineer at a major tech company in San Francisco, but regularly comes back to the Salinas Valley to tell his story and pass on advice and guidance to students who are growing up in circumstances similar to his own.

Benito was born in Sonora, Mexico, and spent the first years of his life there. “In Sonora, growing up, there were days when you would think, what am I going to eat tomorrow? I don’t remember wearing any shoes. I didn’t have any sandals either. It’s a desert there, so it’s 100, 110 degrees. The streets are dirt. So at 110 degrees, the ground gets hot. I remember as a kid, running to get under a tree, so I could cool my feet and keep walking.” Agriculture is the main economic activity of the region, but the industry has been hurt by a mix of increasing production costs, competitive international markets and reduced subsidies. Given the lack of work opportunities in Sonora, his parents eventually moved Benito and his siblings to California. It was an arduous trip, with the family running out of both food and water at times. 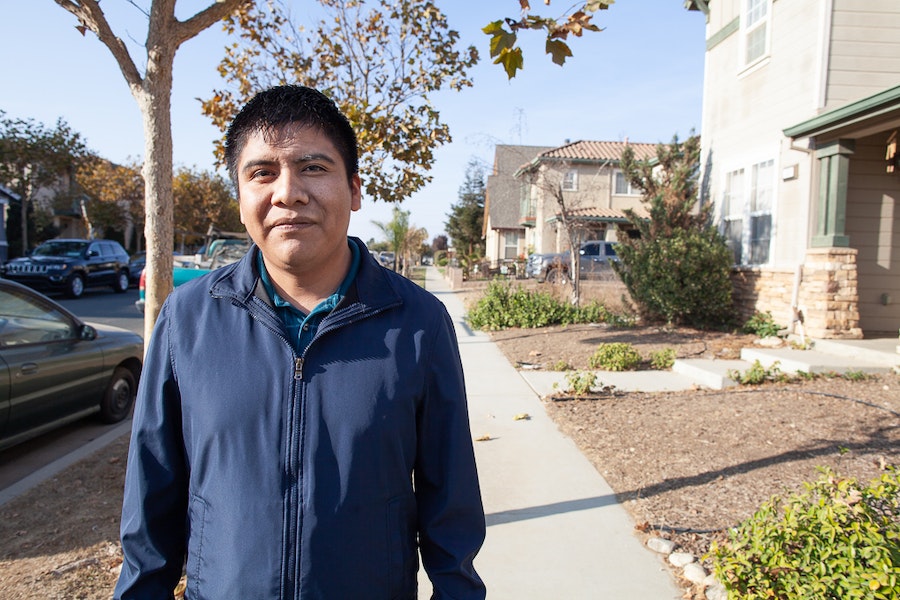 Once they settled in California, Benito started school. He remembers going to his first day of class not knowing any English, and little Spanish. His family only spoke Triqui, an indigenous Mexican language. He worked to learn as much as he could from his teachers and classmates. “For me, being an immigrant, you start from scratch, you start from the end of the line. But at the same time, having nothing gave me an eagerness, like, I have a lot to catch up on. There’s also this humbleness, that you don’t know anything. You can’t get too comfortable, you aren’t done yet. Being an immigrant, you are never done.” Benito also spent time working in the fields alongside his parents, and absorbed an equal amount from the people he met there, “I could practice my Spanish, and I could ask them questions, about how they survived in Mexico.” 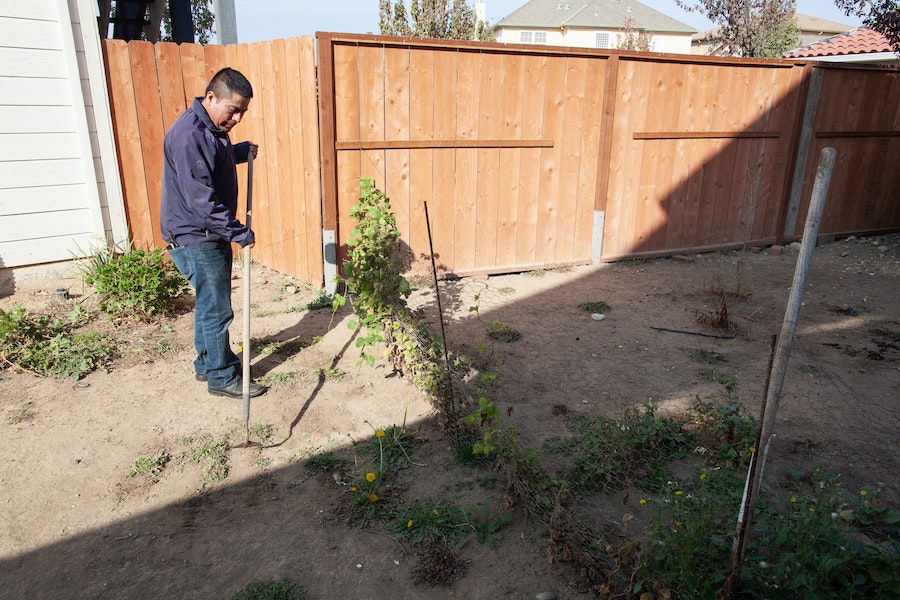 “If DACA were taken away, I couldn’t work [where I do now], I couldn’t help my parents out anymore, or help them buy a house.”

Benito learned how to work a harvest, how to fix things with his hands, how to play music, how to teach others. These skills also helped Benito cope with his undocumented status, and eased his fears of being able to survive in Mexico were he ever deported. The protections afforded by DACA became a decisive factor in his life, “I was never an A student in high school, but if I wanted to be good and learn other things, I couldn’t only focus on school. I was also working, I was trying to learn other skills. By the time DACA came in, that was an opportunity for me to pursue a career without being worried about my immigration status,” says Benito.

DACA offered Benito the freedom to come out of the shadows at a critical stage in his life. Like other DACA recipients, Benito was not eligible for federal financial aid. He largely funded his education with a scholarship from the Matsui Foundation, a limited amount of state financial aid through the California DREAM Act, and a couple of small scholarships that helped him pay for books and classes. His parents were also crucial in supporting him through college, as Benito was able to live at home. With effort, Benito was able to graduate college in just three years. 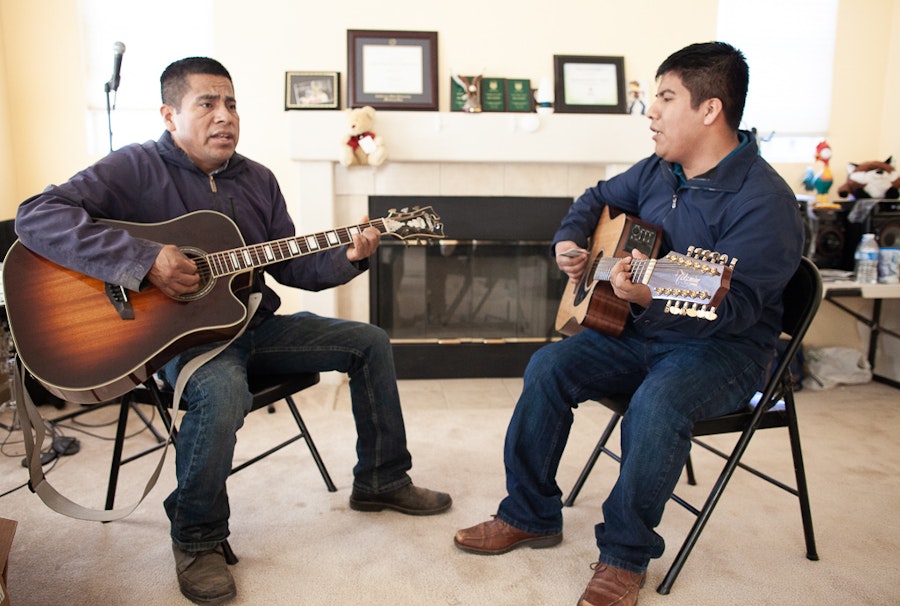 “I was never an A student in high school, but I couldn’t only focus on school. I was also working, I was trying to learn other skills.”

More than a year ago, the Trump administration ended the DACA program. Multiple federal courts have since blocked that move, leaving DACA in place for the moment. In recent months, the Justice Department has petitioned the Supreme Court to take up the dispute, and the Court will decide soon whether to hear the matter in its upcoming term. What happens next for the estimated 700,000 DACA recipients in the United States is unclear. Benito, along with hundreds of thousands of other Dreamers, is currently safe from deportation and maintains the ability to work and go to school in the U.S. However, amid a whirlwind of legal challenges, DACA recipients live in limbo, knowing that these limited protections could disappear without any notice. 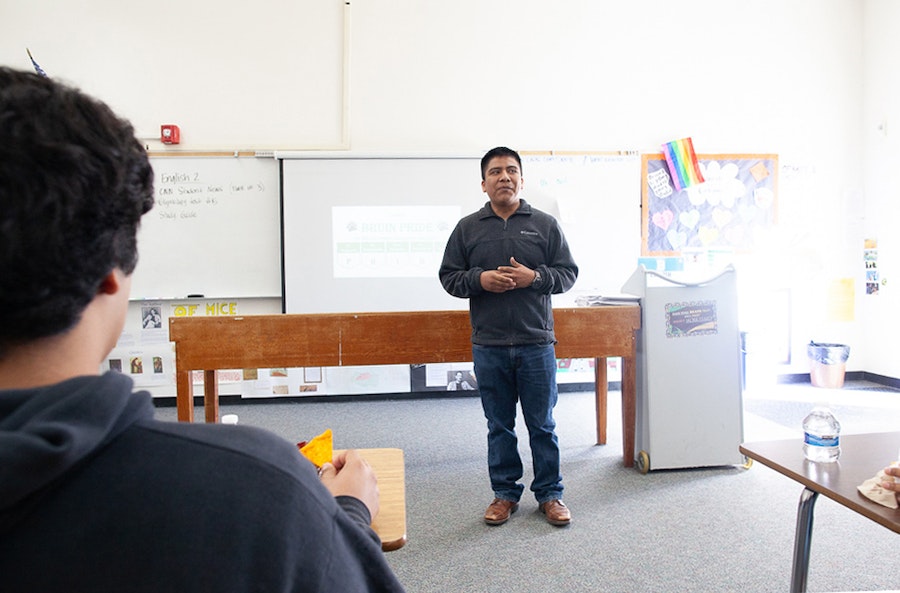 Benito has been open about his story, with the hope of influencing and encouraging others to follow the same path. He hopes to return to Greenfield in the future full-time and become an educator, which feels like a natural extension of the mentoring work he already does. “I want to come back, I want to be near my family. I feel calm here. I feel part of the community here.” He is hopeful that there will be a decision soon on the long-term fate of DACA and immigration reform. “I’m grateful for the people that are doing things to make it better,” says Benito. “If DACA were taken away, I couldn’t work [where I do now], I couldn’t help my parents out anymore, or help them buy a house. What DACA has created is people who are willing to give back now, who are willing to give back to their communities, to the communities they grew up in.”