1. What is Remain in Mexico?

Remain in Mexico, formally known as the Migrant Protections Protocols (MPP), is a border policy that the Trump Administration put in place in 2019. Under the policy, asylum seekers cannot wait for a ruling on their asylum claims while waiting inside the U.S. Instead, those seeking relief at our border are returned to Mexico and only allowed to enter the U.S. for their court hearings.

Immigration court proceedings can take years because there are many thousands more cases than judges to handle them. Nonetheless under Remain in Mexico, individuals seeking asylum must live in Mexico for however long their court case takes.

Due to the constant risk of missing important documents or information if contacted by immigration authorities, many people enrolled in MPP were forced to make an impossible choice: living near the border to be closer to where their case could be heard, or risking automatically losing their asylum case if they missed their hearing. Most have chosen to stay near the border, but Mexican border towns where they’re forced to live are plagued with violence, and have virtually none of the capacity needed to safely house thousands of immigrants at a time. As a result, thousands of individuals enrolled in MPP – including vulnerable children and families – have been forced to suffer in disastrous, inhumane, and lethal conditions.

While the Biden Administration briefly shut down MPP, a Texas federal judge ordered the administration to make good faith efforts to reinstate the program until it could show that it had properly terminated the program and had detention space to detain all asylum seekers. This second iteration of Remain in Mexico began in December 2021, after the Biden Administration and the government of Mexico agreed to reimplement the program while establishing various measures to improve people’s living conditions. These included exemptions for vulnerable individuals, expanded protections during initial enrollment, and the creation of shelters across the border. Still, concerns continue over shelters’ adequacy in ensuring immigrants’ access to legal aid, whether the exemptions are being properly applied, and over immigrants’ safety writ large.

2. Why is the Supreme Court ruling on the Remain in Mexico policy?

President Biden named building a more “humane border policy” as one of his priorities when he took office in January of 2021. In the first days of his administration, the President stopped new enrollments to Remain in Mexico and gradually admitted individuals stuck in Mexico back into the U.S. to go through the process of having their asylum claims heard. Then, in June of 2021, the Department of Homeland Security (DHS) officially terminated the Remain in Mexico program.

Texas and Missouri sued the federal government in April of 2021 with the goal of getting DHS to reinstate the policy. By August 2021, a federal judge in Texas ruled in favor of the states, and the government was forced to take steps to attempt to restart Remain in Mexico.

The Biden Administration appealed the decision to the Fifth Circuit Court of Appeals and requested a stay of the lower court’s mandate to take steps to reinstate MPP in Biden v. Texas. Soon after, DHS issued a new termination order for MPP, addressing concerns of the lower court. After the appeals court again sided with the states, the Supreme Court agreed to hear Biden v. Texas in February of 2022, hearing oral arguments on the case in April 2022. A decision on the case will be announced by the Supreme Court in June or July of this year. 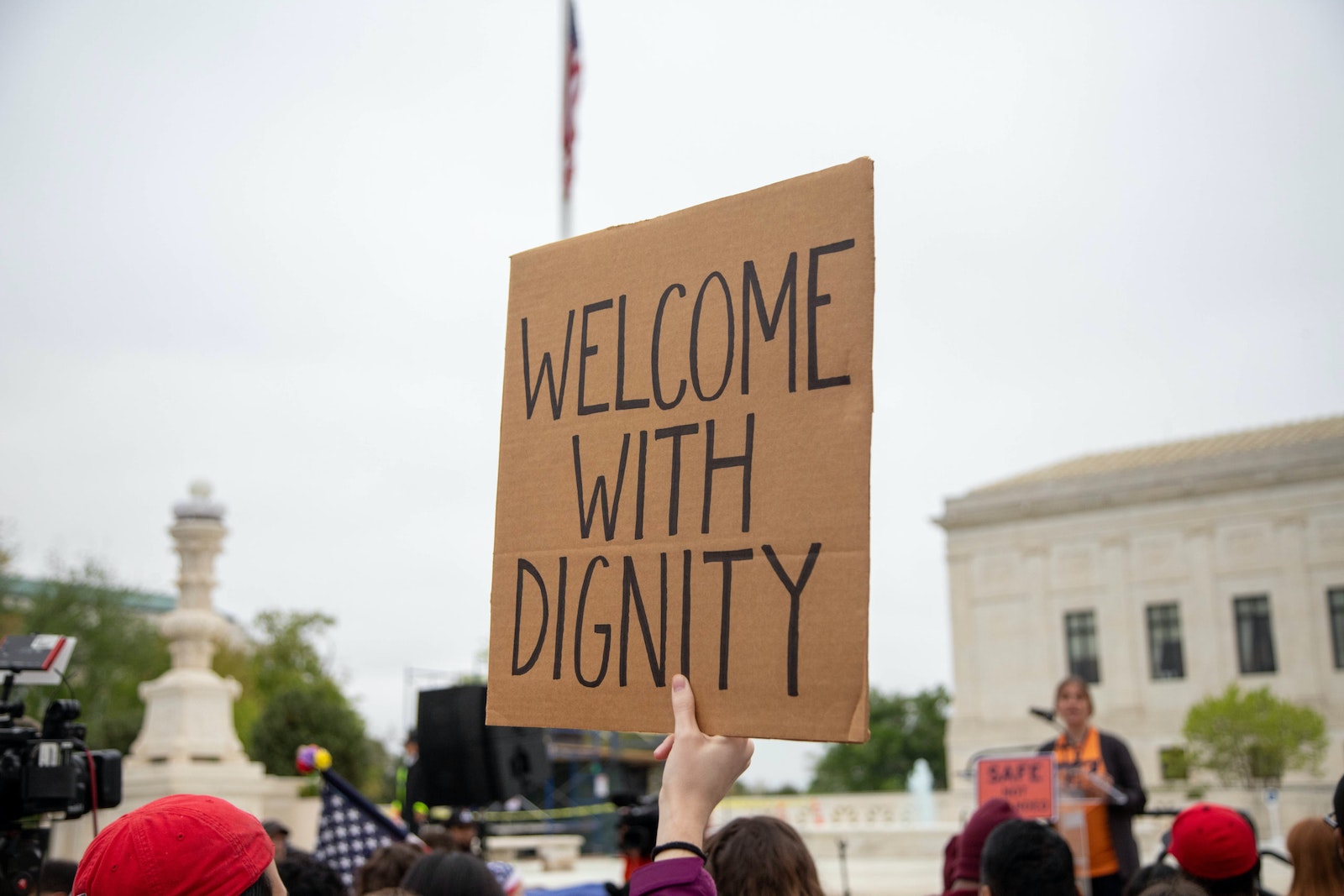 If the Supreme Court upholds the lower courts’ decisions, it would severely limit the ability of subsequent presidential administrations to set their own new policy agendas. And because MPP requires the government to return individuals to Mexico, the courts’ mandate for the U.S. to take steps to reinstate this policy essentially hamstrings the administration in its relationship with a foreign state. In short, the court must decide if a single judge has the authority to review and dictate U.S. foreign policy – something that flies in the face of long-standing precedent.

4. What is the difference between Remain in Mexico and Title 42? Are they related?

Both the Remain in Mexico and Title 42 policies have devastated our asylum system, preventing thousands of individuals from seeking asylum as is their legal right under international and U.S. law. Yet, they have different origins, effects, and rationales. The Trump Administration implemented both of these policies to prevent as many people as possible from entering the United States.

Importantly, Title 42 is not an immigration law; it is a public health order that allows the government to deny certain individuals from entering the country if the CDC believes “there is serious danger of the introduction of [a communicable] disease into the United States.” Yet the Trump Administration deliberately misrepresented Title 42, implementing it on an emergency basis under the guise of public health while utilizing it to block all asylum protections at the border. The policy has enabled border agents simply to “expel” anyone they encounter who doesn’t hold a valid visa or travel document, including asylum seekers (although expulsions have been applied inconsistently across nationalities, affecting mostly individuals from Mexico, Central America, and Caribbean nations). Title 42 expulsions differ from a typical deportation, where individuals are processed by immigration authorities and have the opportunity to defend their case.

On the other hand, MPP strictly deals entirely with asylum seekers awaiting a court decision on their cases. If enrolled under MPP, people seeking asylum protections are returned to Mexico for the duration of their court proceedings. The main difference from Title 42 is that under Remain in Mexico, asylum seekers have a narrow possibility of gaining asylum protections through the court, while Title 42 represents a blanket denial of any possible relief.

The Trump Administration implemented Title 42 in March 2020, ostensibly as a response to the COVID-19 pandemic, and almost a year and half after they had implemented Remain in Mexico. Importantly, after March of 2020, the Trump Administration suspended MPP due to the pandemic and the subsequent closure of immigration courts. At the same time, asylum seekers began to be expelled through Title 42. So, the termination of Remain in Mexico in 2021 would not have significantly changed the number of asylum seekers entering the U.S., since MPP was suspended and Title 42 was and continues to be in place.

5. Is Remain in Mexico still in place?

Yes; as a result of the court ruling from a federal judge in Texas, Remain in Mexico was restarted in December of 2021, after Texas and Missouri won their legal challenge against the Biden Administration’s attempt to end the policy. The federal government’s attempt to appeal was unsuccessful so far, and the case has now gone to the Supreme Court.

While it had only initially been restarted at one port of entry, Remain in Mexico is now operational at four ports of entry: El Paso, San Diego, Brownsville, and Laredo.  The government has restarted the program gradually, as its reimplementation required the U.S. government to negotiate with Mexico to approve the return of asylum seekers to its territory.

Once both governments reached an agreement, the federal government restarted the program with additional provisions that the government of Mexico demanded, including exempting vulnerable asylum seekers from MPP, providing MPP enrollees access to a lawyer, and ensuring that their hearings only take six months to adjudicate on average. Additionally, the renewed Remain in Mexico program was expanded to include nationals of non-Spanish speaking countries (who had initially been excluded from enrollment), most notably Haiti. 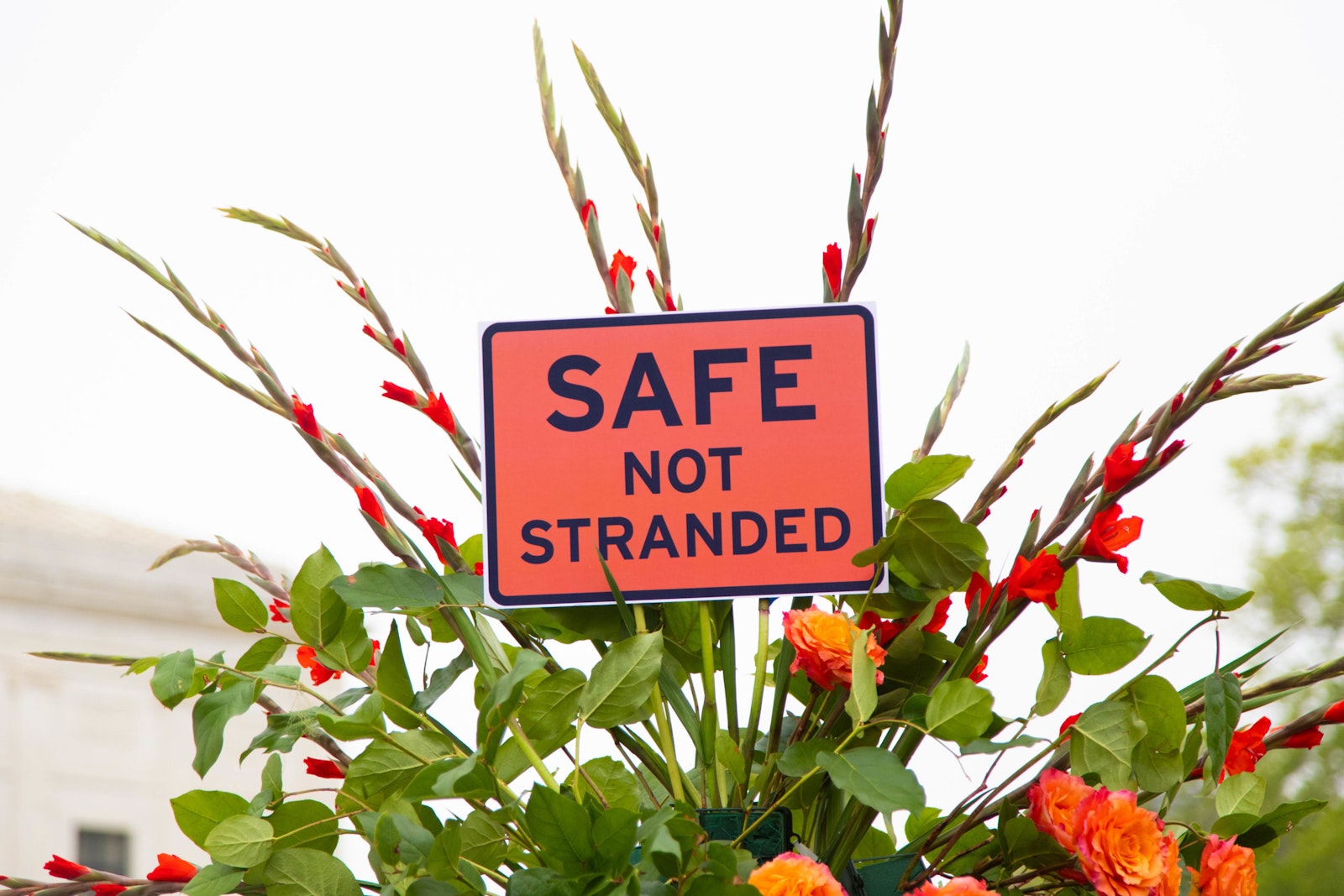 6. How has the Remain in Mexico policy impacted the situation at the border?

The Remain in Mexico program has led to profound human suffering for thousands of individuals and families. At the same time, the policy has not driven down any significant levels of migration. Instead, together with Title 42, Remain in Mexico has led to a more chaotic and unfair asylum system that places vulnerable people at terrible risk of violence and even death. And since Mexico lacks the resources to properly house thousands of immigrants at the border, countless asylum seekers have been forced to live in tent encampments, without adequate sanitation, access to clean water or basic health services, or protection from the elements.

By design, the Remain in Mexico policy limited the number of asylum seekers who could enter the United States, even as they fled for their lives from horrifying conditions. Being forced to wait across the border for a court decision on their asylum cases, individuals and families have only been exposed to more violence, exploitation, kidnapping, sexual violence, and other abuses.

7. What is the alternative to the Remain in Mexico policy?

Remain in Mexico is intended to deter asylum seekers from reaching the border by denying them finding safety inside the U.S. Such an approach has shown to be ineffective. People have continued to seek safety at the southern border, and they will continue to do so as long as violence and insecurity in their home countries remains unchecked. Policies like Remain in Mexico and Title 42 have only succeeded in causing more confusion and chaos at the border.

We can do much better: increasing investment in our asylum system and fully funding our immigration court system would eliminate backlogs and allow the government to process asylum claims in a timely way, keeping families safe while making sure that the asylum process is fair, orderly, and humane.

And the United States should create a modern system for the Western Hemisphere to manage migration—built upon new, actual working legal immigration avenues, which simply do not exist at this time. Creating avenues to manage forced migration will only become more important in the decades ahead, particularly as the climate crisis continues to push tens to hundreds of millions more from their homes. The Biden Administration and Congress must get the job done and modernize our laws and border processing systems to meet the realities of forced migration.

The Data is Clear: Bail Reform and Community Investments Will Keep New…