This bipartisan bill would protect immigrant veterans from deportation and allow deported veterans to return home.

Immigrant veterans who proudly served in the United States military have been deported despite their service, devastating their families and dishonoring their patriotism. Representatives Vicente Gonzalez (D-TX) and Don Young (R-AK) have re-introduced the bipartisan “Repatriate Our Patriots Act” (H.R. 4382) to stop the deportation of immigrant veterans and allow veterans who have already been deported to return home.

“It is unconscionable that immigrants who have fought and sacrificed to preserve America’s freedom should be banished from the very country they enlisted to defend.”

The Repatriate Our Patriots Act would address deportation of immigrant veterans

Immigrants have served in the United States Armed Forces since the founding of our country, and the long-standing policy allowing immigrants to earn U.S. citizenship through military service has strengthened our military. Unfortunately, many immigrant veterans never become citizens, and are left vulnerable to the consequences of a broken immigration system.1

In fact, many immigrant veterans have been deported from the United States,2 devastating their families and sending their lives into turmoil. The Government Accountability Office (GAO) has identified at least 250 veterans who were placed in removal proceedings or deported between 2013 and 2018; the total number of veterans who have been deported is likely much higher.3

It is unconscionable that immigrants who have fought and sacrificed to preserve America’s freedom should be banished from the very country they enlisted to defend. Their service should be specially recognized in immigration matters.4

The Repatriate Our Patriots Act (H.R. 4382) would protect immigrant veterans who served honorably from being deported, and allow previously deported veterans to return to the U.S. with a lawful immigration status.

“Under this bill, veterans who had been deported would be allowed to re-enter the U.S. as legal permanent residents”

Prohibiting the deportation of 'special veterans'

The central focus of this bill is to prevent the deportation of immigrant veterans. Under current law, any immigrant veteran who is not a citizen can be placed in removal proceedings. Their military service is not considered as a factor in the decision to order their deportation, and they are not provided access to government-funded legal defense.5

The Repatriate Our Patriots Act defines a new category of “special veterans,” generally immigrants who have served in the U.S. military, were honorably discharged, and have not been convicted of offenses like voluntary manslaughter, rape, sexual abuse, child abuse, or terrorism-related charges.

The bill requires the Secretary of Homeland Security to identify special veterans, either by inquiring about military service prior to starting the deportation process, or retroactively, by reviewing records of individuals previously detained or deported.6

Allowing previously removed veterans to return to the U.S.

Many immigrant veterans have already been deported and are living outside the U.S., with no legal option to return.

These deportations force the separation of families, including U.S. citizen spouses and children, and impose significant financial and psychological hardships. Once deported, veterans are often prevented from accessing the VA benefits they earned through their service.

Under this bill, veterans who had been deported would be allowed to re-enter the U.S. as legal permanent residents.

“Increasing naturalizations for immigrant service members is the most effective way to protect veterans from deportation...”

Increasing naturalizations for immigrant service members is the most effective way to protect veterans from deportation; once naturalized as citizens, immigrants are no longer subject to immigration enforcement. Unfortunately, many immigrant veterans do not complete the process, even though their service makes them eligible.7

In fact, naturalizations for immigrant service members have declined in recent years, in part because of restrictive new policies and growing backlogs that keep applicants waiting years, exposing them to the risk of deportation in the meantime. And in recent years, service members’ citizenship applications have been denied at higher rates than applications by civilians.8

The Repatriate Our Patriots Act would make any immigrant who meets the “special veteran” definition become immediately eligible for naturalization, and would require the Secretary of Homeland Security to ensure that immigrant veterans do not have to wait longer than 90 days after applying to be naturalized. The bill also allows immigrant veterans outside of the country to apply for and receive naturalization from a U.S. consulate or embassy.

“87% of current servicemembers and veterans agreed that individuals who serve in the military, and their spouses and children, should be protected from deportation.”

Poll conducted by Smithsonian and Stars and Stripes

Congress should pass the Repatriate Our Patriots Act

Immigrant veterans have risked everything to defend the United States, and Congress should ensure that they are welcomed and protected in the country they call home.

This is a bipartisan issue, and enjoys broad support—according to a poll conducted by Smithsonian and Stars and Stripes, 87% of current service members and veterans agreed that individuals who serve in the military, and their spouses and children, should be protected from deportation.

FWD.us supports the Repatriate our Patriots Act, and we urge Congress to pass legislation to protect veterans from deportation and facilitate their naturalization. 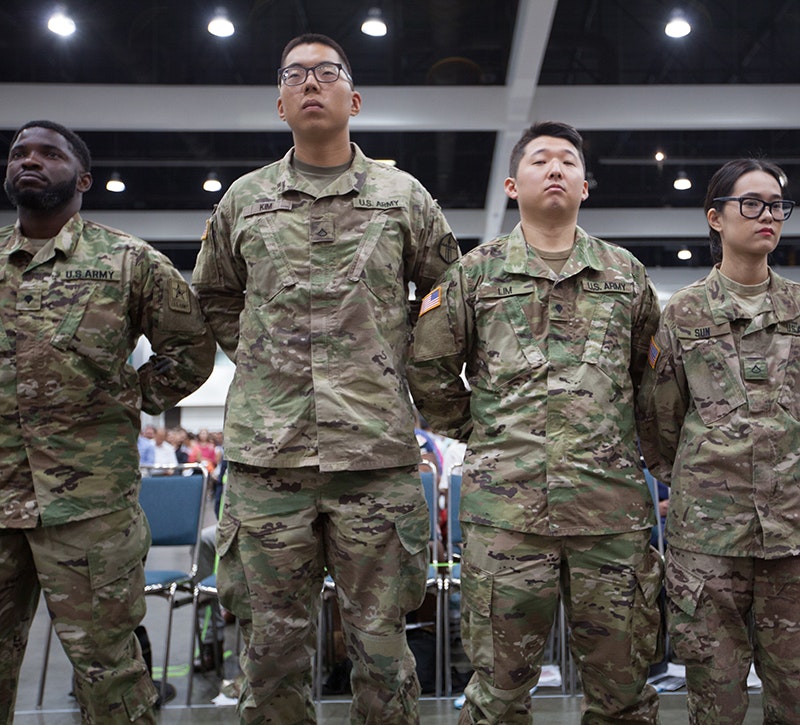 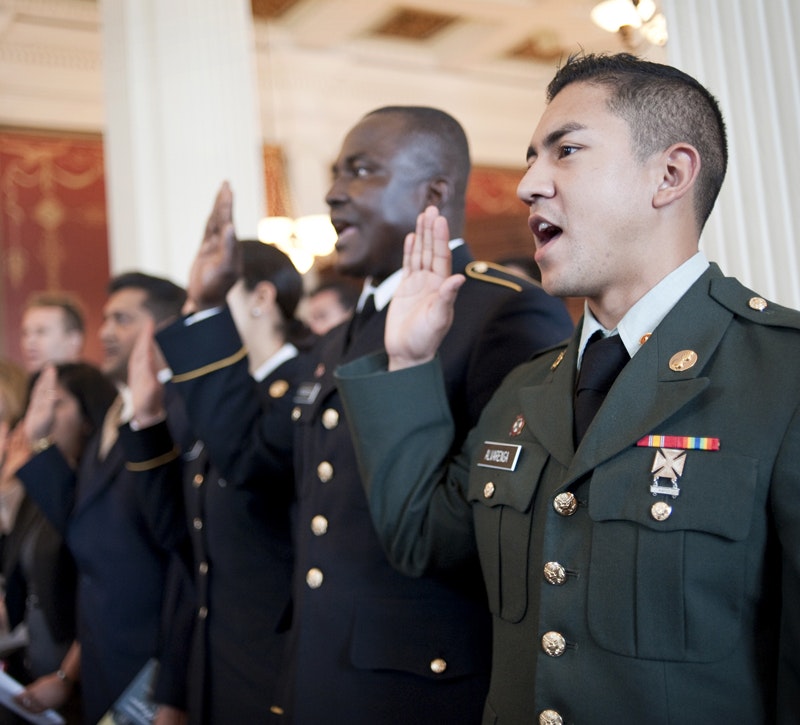 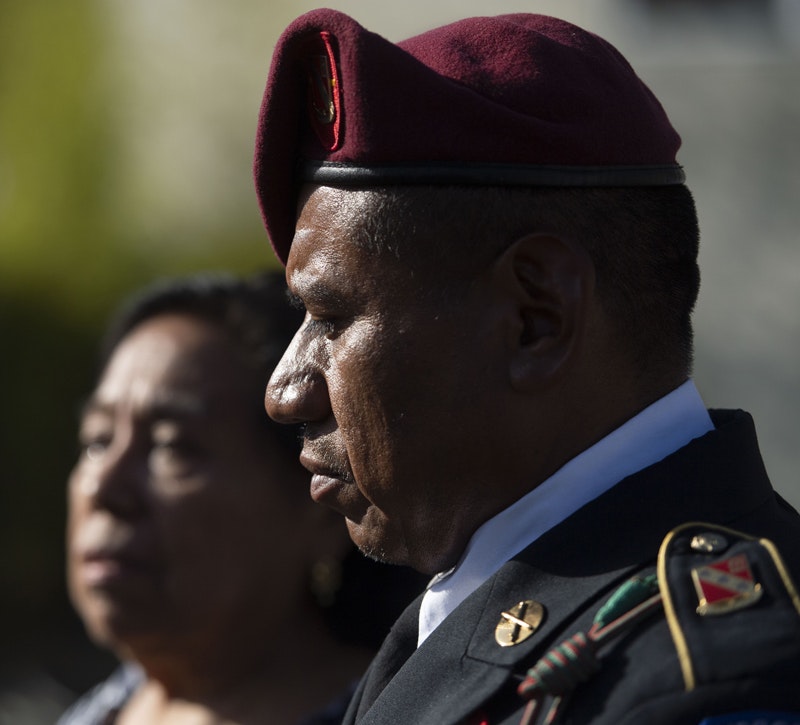