Priced Out of Visiting America:

UPDATE: On November 25, 2020, the State Department announced the creation of a “Visa Bond Pilot Program” to require B-1/B-2 visa applicants to post a bond of up to $15,000 before being admitted to the country for a limited duration, if they have been approved for a “waiver of ineligibility” and are originally from one of a list of 23 countries (15 of which are African). The State Department identified these countries because of their “high overstay rates” (an unreliable measure, as discussed below); however, the Department claimed the pilot will not determine if the bonds would decrease overstays, only the feasibility of requiring the bonds. The Administration claimed executive privilege to bypass public comment and is imposing the rule directly, effective December 24, 2020 for 6 months. The Biden Administration has not made any official announcements or decisions regarding the pilot.

This post has been archived as it appeared on the date of its last update, 5/2/2019. Please be aware that the information below, including policies and practices described, may now be outdated. The post that follows analyzes the potential impact of the full, original proposal and has not been updated to reflect the temporary final rule, though many points apply to the narrower pilot as well. We have preserved this content in its original form for posterity, to reflect the policies and our perspective at that time.

On April 2019, the President issued an executive order directing the Department of Homeland Security and the State Department to examine countries with high “visa overstay rates” and propose policy responses, including requiring administrative bonds and restricting immigration from those countries completely. Meanwhile, Representative Steve King has re-introduced a proposal to require millions of nonimmigrant visitors to post a $10,000 bond before entering the country, which could very likely serve as a model for the White House’s request.

Last year, Rep. King went to the White House to personally lobby on the proposal, and claimed the President expressed support. He has also asked the President to implement the bond requirement by executive order if Congress wouldn’t act. Now it appears the President is on board with Rep. King’s request, and while the April 22 executive order stops short of announcing new policy, it does lay the groundwork for future changes.

These efforts to restrict immigration from these countries on the basis of overstay rates are rooted in interpretations of overstay data that are flawed at best, but are more likely weak cover for their ongoing effort to reduce legal immigration overall, particularly from certain parts of the world. to justify sweeping restrictions that would hurt the U.S. economy without clear benefits to national security. We should continue effective efforts to reduce visa overstays, but we also need to be realistic; an extraordinary measure like this would do far more harm than good for America’s economy, security, and global standing.

“Why pay such a steep price to visit a country that looks increasingly less interested in getting their business?”

More than 70 million people annually visit the United States to travel, study, and conduct business. Last year, fewer than 1% of those visitors failed to eventually depart the country, classifying them as “visa overstays.” And while some countries had much higher overstay rates, these are often a function of low total numbers of people coming in the first place — take, for example, Palau, which had a 33.33% overstay rate because a single individual, out of a total of three, overstayed.

Those covered by Rep. King’s proposal would include students paying full tuition at U.S. universities, tourists spending money at American small businesses, patients paying for medical care only available here, world-renowned researchers and scientists, fiances of U.S. citizens, and workers in critical fields like health care, agriculture, technology, and construction. This proposal would create even more onerous and unnecessary barriers for millions of these law-abiding travelers looking to bring their business here.

International visitors have a choice when they travel, and American business owners spend millions annually to attract these trade dollars. Why would someone pay such a steep price to visit a country that looks increasingly less interested in getting their business? The tourist bond projects an extraordinary distrust of foreign visitors, not substantiated by their 99.2% departure rate, at a time when anti-immigrant policy and rhetoric is already making tourists and students feel unwelcome here. The bill makes no consideration of how many times someone has previously entered and departed in a timely fashion, if families are traveling together, for what purpose or how long they are coming, or any other assessment of risk.

By March of 2019, 99.24% of foreign visitors had departed the country, resulting in a 0.76% suspected in-country overstay rate

The steep price of the bond — on top of hundreds to thousands of dollars in legal costs and filing fees visitors already pay — would be prohibitively expensive, jeopardizing billions in critical economic value with no tangible benefit to Americans. This would effectively shrink legal immigration by pricing out millions of prospective visitors. Despite its extreme approach and negative costs, the bond proposal has a real chance to become law;

Risking our role as the global learning destination is needless self-sabotage. International students are a major value-add for American schools and communities: they contribute $42 billion to the economy annually, support 455,000 jobs, and account for as much as 10% of total net tuition revenue at U.S. colleges and universities, subsidizing the cost of education for native-born students. And when students stay, they contribute even more — for example, every 100 foreign graduates who stay and work in a STEM field create 262 jobs for Americans. If students choose to study elsewhere, we lose out on a lifetime of investment, job-creation, taxes, and development of human and intellectual capital.

I’m leaving the White House from a private, 75 minute, Oval Office meeting with America’s President today. @realDonaldTrump & I covered a whole slew of our topics. My agenda was on my hand. pic.twitter.com/bEZyMuIXow

It would be equally foolish to force over 7.5 million travelers a year to set aside $10,000 before spending a penny in the U.S. on airfare, hotels, and meals. Tourism contributes over $1.5 trillion to GDP and supports 13.6 million jobs — in 2016, Rep. King’s home state of Iowa welcomed 164,000 international visitors who spent $204 million locally. Once they arrive, the average tourist spends $4,360 and stays for 18 nights. Tourist spending is counted as an export, so tourism is one area where the U.S. actually holds a trade surplus with China, and represents the largest global positive trade balance of any industry.

Unfortunately, we are already seeing international visitors choose to go elsewhere, and American businesses are bearing the costs. Tourism to the U.S. plummeted by over half a million people in early 2017, representing a $4.6 billion loss in potential spending; meanwhile, aggressive visa policies are deterring international students from enrolling in American universities (including in Iowa), with the number of student visas being issued dropping by nearly 40%. The White House proposal would add rocket fuel to the fire, costing millions of American jobs and billions in spending for small businesses in communities that need it most.

The 99.2% departure rate is largely owed to the serious and severe deterrents and penalties for overstays already in place: consular officers can deny entry if visitors are suspected of planning to immigrate permanently, while an individual who does overstay faces arrest, deportation, and a ten-year bar from re-entering the country. To suggest that a monetary bond is going to prevent nefarious or unrelated criminal activity is naive at best, and is already the focus of the Counterterrorism and Criminal Exploitation Unit of the Department of Homeland Security (DHS), an expertly trained team who investigate and prioritize overstay cases that present a threat to national security or public safety.

Instead, lawmakers should make it easier, not harder, for people to adjust or renew their immigration status. Recent subregulatory changes, most issued without public notice and comment, have set deliberate traps for immigrants here with proper documentation, drastically increasing the chance they will unintentionally lapse in status. These include suspending premium processing, abandoning deference to previously approved petitions, denying applications without an opportunity to provide further evidence, and forcing legal immigrants into costly deportation proceedings simply for having an application denied. Perhaps most egregious is a recent move to undo decades of precedence in how unlawful presence is calculated for international students, which could result in students being unknowingly classified as overstays, deported, and barred from re-entering for up to a decade.

Anti-immigration lawmakers and political organizations like the Center for Immigration Studies (CIS), FAIR, and NumbersUSA prioritize shortsighted big-government solutions to punish foreign visitors and immigrants, regardless of the cost to Americans. Their policy wishlist advocates extreme proposals like upholding Zero Tolerance and Family Separation, ending DACA and TPS, slashing immigration levels, and fully implementing the Travel Ban. If the United States is to remain a destination for travelers from abroad, our our elected officials need to distinguish between the punitive and xenophobic policies described above and measures to combat actual national security threats. 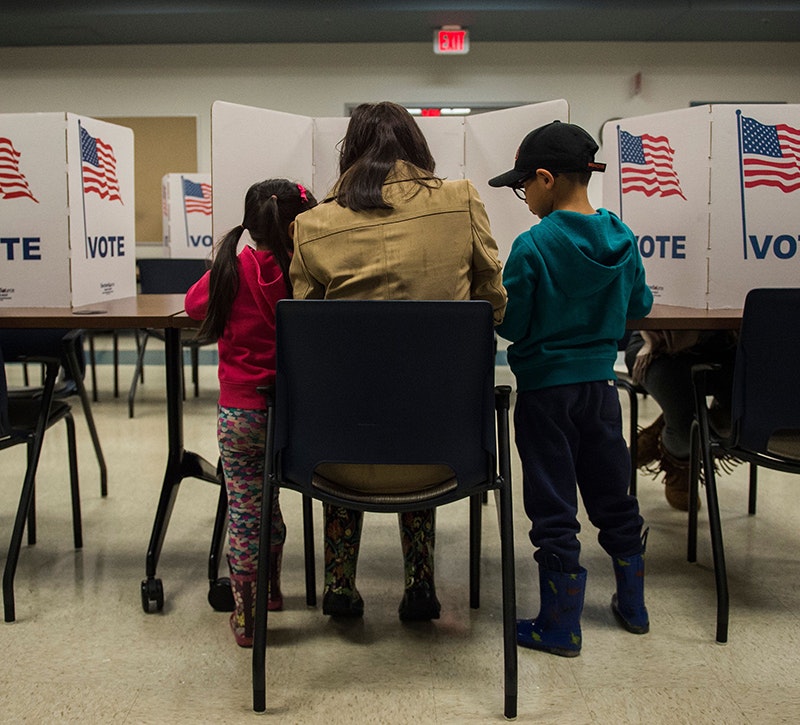