“Rather than encouraging rehabilitation, New York’s Parole Board functions as a resentencing body, forcing people to appear for hearings repeatedly with little hope for release.”

New York recently earned the sorry distinction of being one of several states to grant fewer parole releases in 2020 than in 2019, a drop that was especially dangerous given the lethal COVID-19 pandemic that has spread through prisons for nearly a year.

Even before the pandemic and before the decline in parole releases, thousands of people were already ineligible for parole and thousands more who were eligible were regularly denied parole release. Worse still, this determination — one that dictates whether or not a person will spend at least another 2 years in prison — is made, on average, in a 15-minute-long hearing. None of these parole laws and practices make New York communities safer. Thankfully, this year, we can take the first step to expand parole eligibility and accelerate parole releases, giving thousands of incarcerated people a meaningful chance to go home.

Parole as we know it in the United States was first introduced at Elmira Reformatory in New York (now Elmira Correctional Facility, home to one of the largest COVID-19 outbreaks in a NY prison). Currently, those eligible for parole, go before the New York Parole Board when they have reached the minimum number of years they are required to serve. But parole decisions often focus solely on the crime and not who a person is today. And the current parole system leaves many elderly individuals ineligible, despite research that they are less likely to commit another offense.  In this way, the parole system exacerbates rather than addresses an already horrifying incarceration crisis. Rather than encouraging rehabilitation, New York’s Parole Board functions as a resentencing body, forcing people to appear for hearings repeatedly with little hope for release. In some instances, this can mean 10 or more parole hearings (or 20 years beyond their minimum sentence) before going home.

“...white people were released at a rate of 41%, compared to 34% of Black people and 33% of Latino people. This follows a pattern of well established racial disparities in parole releases in New York...”

These repeated denials come at a huge cost and create a tremendous emotional burden for incarcerated people and their families. They also lead to a sense of helplessness, hopelessness, frustration, and confusion. This means missed birthdays, graduations, funerals, and quality time with family. Tragically, at least one person committed suicide shortly after his 10th parole denial, and another died while walking to the restroom during his 14th parole hearing. These stories are all too common.

For many, even reaching the first parole hearing is incredibly difficult since New York’s sentencing laws require people to serve extraordinarily long sentences before they have the opportunity to go before the Parole Board. The combination of long sentences and few opportunities for parole has ballooned the prison system’s elder population, a group that can cost two to four times more to cage than a younger person, and one that is far less likely to commit a crime upon release. Why then do we let this happen?

Beginning in the 1980s, tough on crime rhetoric and fear mongering by the media skyrocketed  the prison population, and any limited efforts to “rehabilitate” were replaced entirely by retribution and punitiveness. As a result, sentences became longer and the elder population grew quickly, making New York prisons de facto nursing homes for thousands of people behind bars. This move was unsurprisingly riddled with racism, something that colors every facet of the carceral system, including the parole process. Recent reports show that in New York in 2020, white people were released at a rate of 41%, compared to 34% of Black people and 33% of Latino people. This follows a pattern of well established racial disparities in parole releases in New York, and means that a smaller percent of Black and Latino people are being reunited with their families and their communities.

Parole can be a tool for good, but only if extended to more people and only if race or past conviction do not determine the outcome. This year, there are two critical pieces of parole legislation that will help New York move in the right direction.

“Our elected leaders must work swiftly this session to pass Elder Parole and Fair & Timely Parole to bring justice to our communities and to begin repairing the deeply rooted harms inflicted by the parole system.”

The Elder Parole bill (S15/A3475) would allow people who’ve reached the age of 55 and have served at least 15 years of their sentence an opportunity to have a parole hearing. If passed,  roughly 1,000 New Yorkers could immediately go before the Parole Board, and make hundreds more eligible each year after passage. Passing Elder Parole would begin to offer a meaningful opportunity for release to New Yorkers to reconnect with their families, communities, and have a  chance to make positive contributions outside of prison walls. Of course, this legislation will only be effective if the Parole Board’s determination of a person’s readiness for release also includes their rehabilitation and does not focus solely on their conviction.

The Fair & Timely Parole Act (S1415/A4231) would begin solving for this. This bill would change the way a person is evaluated for release, meaning a person can no longer be denied parole release based solely on the crime for which they were convicted. Instead, other critical factors, including achievements, educational attainment, and rehabilitation, will be given substantially more consideration. This should begin to reverse the troublingly low parole release rate and begin chipping away at the racial bias in parole decision-making. In short, this legislation would evaluate a person for who they are today and who they can be in their communities, and not for the conviction that led them to prison, which often occurred years to decades in the past.

While these reforms alone won’t topple the mass incarceration crisis that has devastated entire communities, they are a step forward in addressing the draconian system that for far too long has limited meaningful opportunities for release, separated families, and perpetuated systemic racism. It’s our duty to make this right, and thousands of New Yorkers are counting on us to make these changes a reality. Our elected leaders must work swiftly this session to pass Elder Parole and Fair & Timely Parole to bring justice to our communities and to begin repairing the deeply rooted harms inflicted by the parole system. 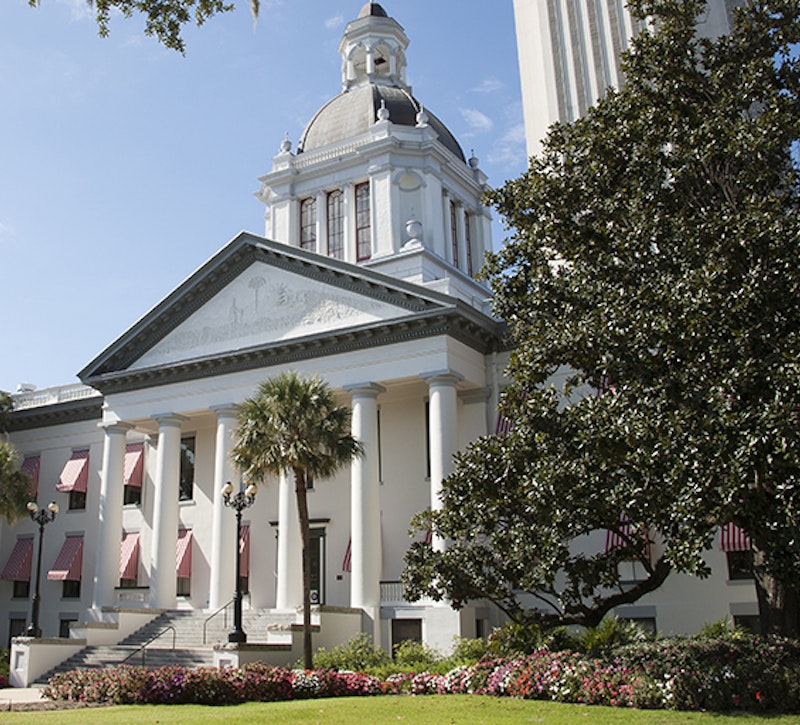