The event, hosted at Georgia’s High Museum of Art, served as an opportunity to dialogue on policy changes that create opportunity and strengthen communities for all Georgians — including immigrants.

Attendees had the opportunity to discuss legislation recognizing the contributions of Georgia’s immigrant communities and learn how federal immigration reform could help unlock America’s full potential.

Senator Payne told the audience that, in his opinion, immigration reform will be “hard-pressed” to gain bipartisan support in today’s political climate.

However, he also noted it was the residents of Dalton, Georgia, including immigrants, who helped shape some of his views on immigration:

“The people that I represent are honest, hard-working people seeking to realize the American Dream. They still see America as the land of opportunity, where effort and determination are rewarded. Where a little elbow grease and a lot of drive can turn into a better life for their children.

And in that way, representing Dalton continually reminds me that our nation’s work ethic and entrepreneur spirit are unique qualities. Qualities that were embodied by the immigrants who built this country, and by those who come to our shores today.”

Also in attendance was local artist and DACA recipient, Yehimi Cambron, whose murals across the city of Atlanta have been highlighted by national news outlets. Her latest mural, “Our Immigrant Mothers,” was recently unveiled, while her most recent collection of portraits is on display in the High Museum.

Sharing her humble beginnings as an artist and later her realization of the limitations that her immigration status would present her with, Ms. Cambron encouraged the audience to take a stand for immigrants like herself, even if at times there are “competing ideas” within the local community they call home.

“This has got to be my wildest dreams — my artwork which focuses on celebrating the humanity and resilience of immigrants, of undocumented Georgians, is hanging on the pristine white walls of the High Museum… and that is what brought us to this space.

I allow myself to show up and be vulnerable before you, in the hope that my words will give you the courage that it requires to be fierce allies for your undocumented people. I am happy to continue celebrating my accomplishments with you, but I do so acknowledging that I am just one example of what could be possible if [other immigrants] had opportunities to what I was able to access.”

“I am happy to continue celebrating my accomplishments with you, but I do so acknowledging that I am just one example of what could be possible if [other immigrants] had opportunities to what I was able to access.”

In addition to highlighting the contribution of immigrants across the Atlanta area, FWD.us also used Tuesday’s event as an opportunity to celebrate the second anniversary of its offices opening in Georgia. However, the conversations among attendees, as related to immigration, highlighted a small yet powerful consensus — we can build a stronger, safer, and more prosperous future when we work together.

As noted by Luis Cardona, Deputy Director of Welcoming Atlanta:

“Welcoming Atlanta has greatly enjoyed working with FWD.us over the past two years, helping us ensure that everyone in our community feels welcomed and included, and is able to fully contribute to our society. I am glad to be standing here today to discuss the work that still needs to be done and to highlight the cultural and artistic value that immigrants add to Atlanta.”

Learn more about FWD.us’s work in Georgia and find a way to get involved in future events by visiting our website and getting involved. 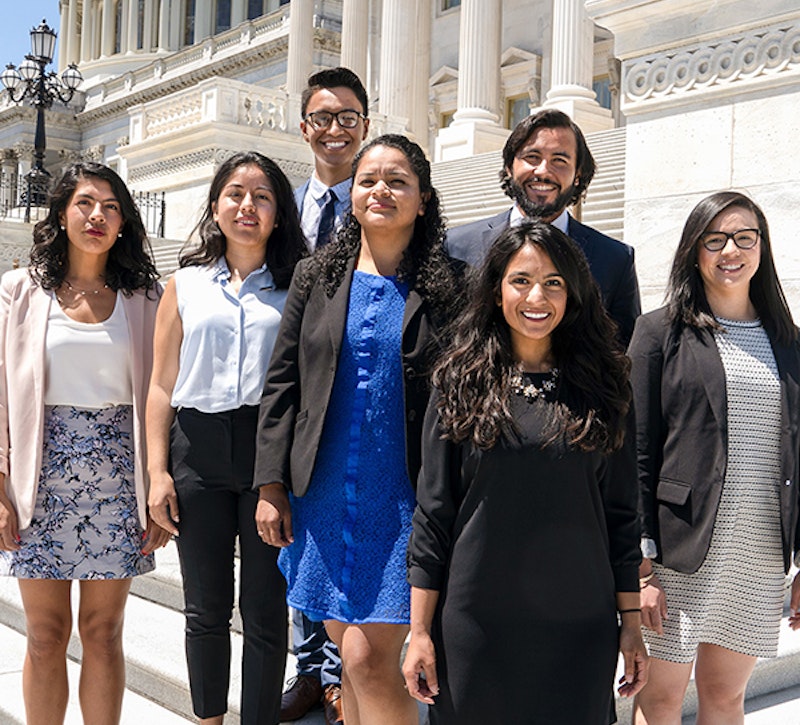 Statement from DACA Recipients on FWD.us’ Staff on Trump’s Decision to Weaken…